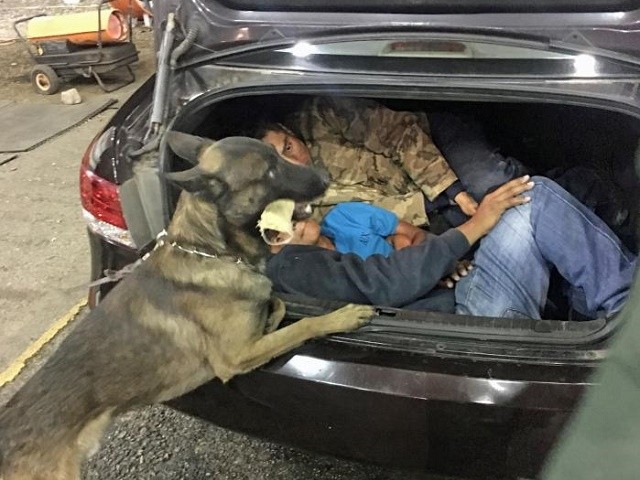 Yuma Sector Border Patrol agents arrested an armed 25-year-old human smuggler after finding two migrants locked inside the trunk of a sedan at an interior checkpoint in Southern California.

The agents referred the driver to a secondary inspection station. During a search, the agents found two men locked inside the trunk. The agents identified the two men as illegal immigrants, ages 18 and 33, from Mexico. The search also yielded a Ruger LCP380 pistol loaded with hollow-point ammunition, officials reported. The handgun and $750 cash were found stuffed into the rear seat.

The agents, as per protocol, conducted a medical screening and a criminal background investigation on all of the vehicle’s occupants. The records search revealed the 33-year-old Mexican man has an active warrant out of Fresno, California. The agents report the man is wanted in Fresno for burglary.

Officials placed the driver and front-seat passenger, both U.S. citizens, under arrest for human smuggling charges and seized the vehicle, firearm, ammunition, and cash.

Both of the Mexican nationals were transported to the San Luis Port of Entry and deported to Mexico under Title 42 Coronavirus protection protocols put in place by the Centers for Disease Control and Prevention.