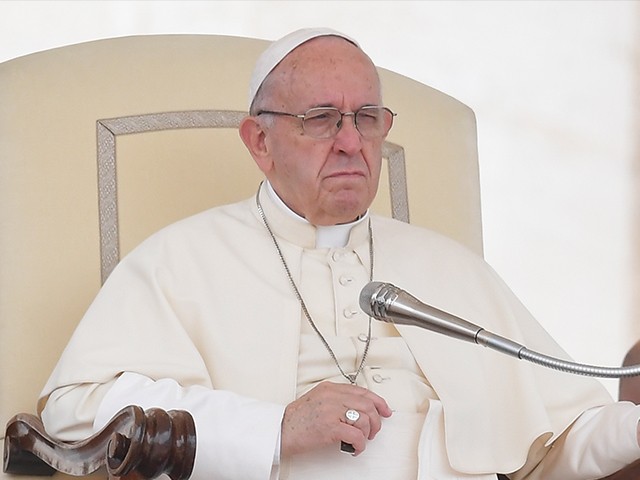 ROME — The director general of the Vatican bank, Gian Franco Mammì, confirmed this week that the institution holds no investments in the fossil fuel industry, apparently in response to challenges from climate change activists.

Mr. Mammì told the U.S.-based National Catholic Reporter that the Vatican bank follows the same practices as other European banking institutions, investing in treasury instruments rather than private equities.

In recent months, the Vatican has been plagued with a series of financial scandals, a number of which involved questionable investments.

The Italian daily Corriere della Sera revealed in December that the Vatican’s Secretariat of State had invested upwards of a million dollars to finance the Rocketman film, a steamy biopic of singer-songwriter Elton John with a graphic scene of gay sex.

Using money donated by the Catholic faithful through worldwide “Peter’s Pence” collections, the Vatican invested some €6 million to become a 25-percent partner in Lapo Elkann’s eyewear and “lifestyle products” company as well as becoming a €10 million partner with industrialist Enrico Preziosi, the chairman of the Genoa soccer team, according to a report from Il Giornale.

Perhaps more problematically from an ecological standpoint, the Vatican’s biggest investment (€16 million) went to the Swiss-Swedish ABB company, which produces parts for nuclear power stations and allegedly participated in the destruction of a Malaysian rain forest.

During last year’s trip to Asia, Pope Francis said he believed that nuclear power plants should be at least temporarily banned because of their destructive capability.

In its report, Corriere della Sera stated that Vatican capital makes up at least two-thirds of the funds managed by the Malta-based Centurion Global Fund, through which it has financed an eclectic series of projects including real estate, mineral water, websites, and films.

Last November, the pope declared that all Church investments should support ethical enterprises. “If from Peter’s Pence you invest in a weapons factory, the pence is not a pence there, eh?” he said.

Francis said at the time that the Secretariat of State’s investment of some $200 million in a luxury London property development in Chelsea had caused a “scandal.”

“They have done things that do not seem clean,” he said.

The Vatican Press Office issued a brief statement regarding the news reports, acknowledging the Vatican’s “ongoing investigations” into investment in the Centurion Global Fund as well as others.

Oil is on track for its best month ever after rebound, but traders say it’s ‘not out of the woods’

‘How Does the Government Determine What Is Essential for You to Survive?’

Oil is on track for its best month ever after rebound,...

‘How Does the Government Determine What Is Essential for You to...

Boys let black widow bite them in hopes of turning into...