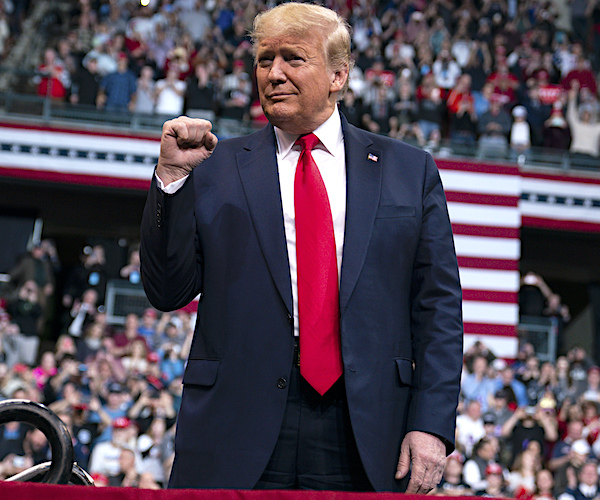 President Donald Trump has thrown his support behind Republicans vying for House seats in swing districts, to support the GOP’s attempt of taking over the lower chamber.

“We need @KarenHandel back in Congress to fight for the incredible people of Georgia! She is a tremendous advocate for our Military, Vets, Border Security and the Second Amendment. Karen has my Complete and Total Endorsement.”

In 2018, Abby Finkenauer and Cindy Axne won the districts as the Democratic Congressional Campaign Committee made a hard charge at those seats.

The Cook Report has those districts races listed as a toss-up.

In Pennsylvania, Trump endorsed Lisa Scheller, Scott Perry and Sean Parnell who are competing for the state’s 7th, 10th and 17th Congressional Districts.

Iowa and Pennsylvania could be swing states that are pivotal to Trump’s success come election time.