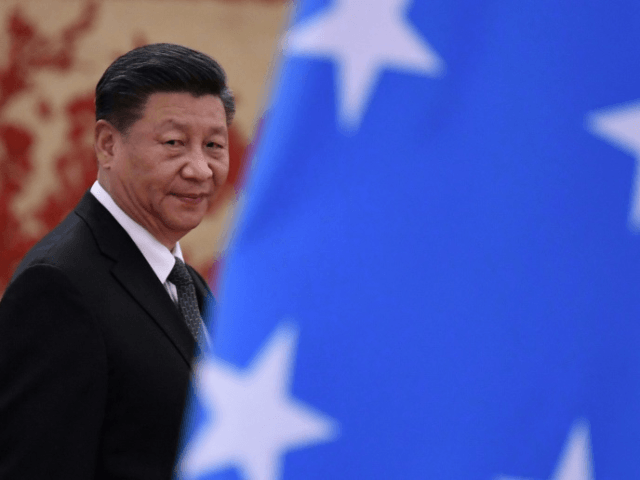 Chinese people voted the U.S. “the most disappointing country” in the world for its response to the Wuhan coronavirus pandemic, according to an opinion poll conducted by the Chinese Communist Party (CCP) newspaper Global Times, which published a report on the findings on Friday.

“1,568 respondents across ten Chinese cities, participated in the opinion poll themed ‘public anticipation of economic life after the pandemic,’ conducted by the poll center of the Global Times,” the article said.

“An overwhelming 86.7 percent of the respondents deemed the U.S.’ [Wuhan corona]virus prevention measures as the most disappointed one; followed by the U.K. with 29 percent. Only a small minority of the participants, 4.9 percent, expressed their disappointment with China’s battle against [the Wuhan corona]virus,” the newspaper claimed.

Beijing’s own response to the Wuhan coronavirus outbreak, which emerged in the central Chinese city of Wuhan late last year, has been widely condemned by world health authorities and national leaders. Studies have found the CCP’s coverup of China’s initial Wuhan coronavirus outbreak allowed the isolated epidemic to evolve into an ongoing global pandemic, responsible for hundreds of thousands of deaths worldwide.

China’s poll follows shortly after the Pew Research Center found that Taiwanese nationals prefer the U.S. to China by a “nearly two-to-one margin” in a survey released on May 12. According to the poll:

Overall, just 35 percent of adults give positive marks to mainland China, while about six in ten hold unfavorable views. There is widespread support for increased economic and political ties with Washington; enthusiasm for similar relations with mainland China is much more muted.

According to Pew Research, the poll was representative of Taiwan’s adult population and carried out from October to November of last year.

Although Taiwan has never been ruled by Beijing in its history, China considers the island a renegade province. Taiwan successfully functions as its own sovereign nation, commanding its own military and government. The U.S. has increased its support of Taiwan in recent months amid increased bullying by China.

On May 19, U.S. Secretary of State Mike Pompeo, along with other world leaders, congratulated Taiwan’s president, Tsai Ing-wen, on her reelection to a second term, signaling America’s support of her ruling Democratic Progressive Party (DPP).

According to Pew’s report, the DPP asserts that Taiwanese national identity remains distinct from Chinese identity and supports increased political ties with the U.S. over China. The opposition party, the Kuomintang (KMT), prefers closer relations with mainland China.

Among politically independent Taiwanese, meaning those who fail to identify strongly with either the DPP or the KMT, “positive feelings for the U.S. are much stronger than towards mainland China,” according to the report.

Among those who identify solely as Taiwanese, favorable views of the U.S. are “three times higher than towards mainland China (75 percent versus 23 percent),” according to the report.