Home Conservative Life The pre-election number Trump’s team reportedly fears the most is the COVID-19... 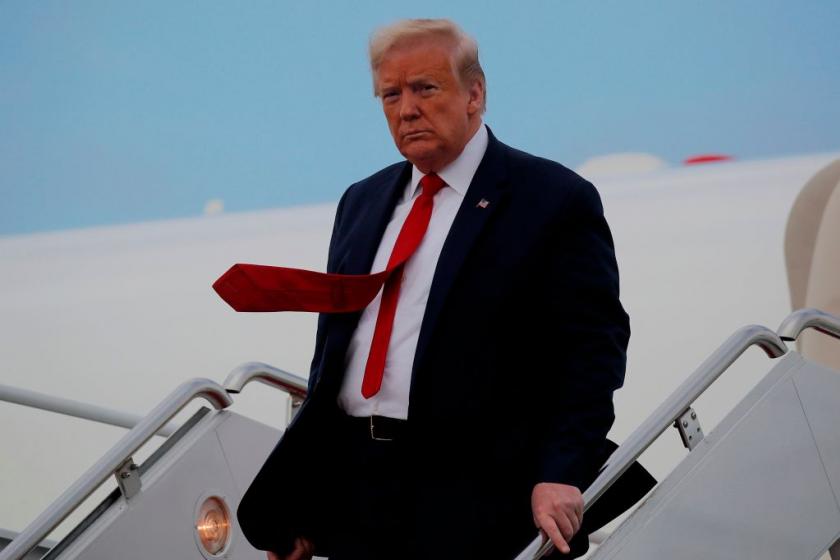 President Trump is famously “obsessed with metrics and numerical indications of success,” and in the COVID-19 pandemic, he “has few good numbers to point to,” Ryan Lizza and Daniel Lippman write at Politico. The U.S. ranks 26th in per capita coronavirus testing but is easily No. 1 in confirmed cases, at 1.4 million. Unemployment is at Great Depression levels, especially in the industrial Midwest that provided Trump’s 2016 margin of electoral victory. The stock market is gyrating wildly.

“Now, in a White House once obsessed with statistical boasts, those close to the president are loath to set any milestones defining a positive outcome,” Lizza and Lippman report. “By far the most sensitive subject is the awful reality of the growing death count,” currently at 86,000, according to Johns Hopkins University. “I’m not going to play that game,” one White House official said. “I think all these body count things are somewhat gross….” Trump has compared this to a war, but wars have consequences, Politico notes:

When American war deaths in Vietnam spiked in 1967 and early 1968, Lyndon B. Johnson announced that he wouldn’t seek a second term. When the Iraq War spun out of control in George W. Bush’s second term, his presidency collapsed. Similarly, there is now a grim conversation quietly happening in Republican circles about the COVID-19 death count, with some saying that if there are 250,000 people dead by Election Day, it will be hard for Trump to win reelection. [Politico]

Some advisers are more optimistic, but “the fear that Trump can’t survive a referendum on his handling of the crisis has allies pushing a series of change-the-subject strategies,” Politico reports: Question the death count, inflame partisan divides, blame China. Sen. Lindsey Graham (R-S.C.) told Politico that China-bashing won’t trump an effective strategy to quash the coronavirus, but extreme social distancing and other steps the U.S. has taken saved hundreds of thousands of lives. “The closer you can have it to 120 [thousand deaths], I think you can say you limited the casualties in this war,” he added.

If “30,000 Benghazis,” as some critics calculated, doesn’t sound like winning, Dr. Zeke Emanuel, a University of Pennsylvania health policy expert and Joe Biden adviser, says it’s also optimistic. “If you take out New York, the number of cases are still actually going up, and this reopening isn’t helping things,” he lamented. “We are going to be at 200,000 deaths. People are still dropping like flies.” Peter Weber