Home Breaking News Trump Should Use Trading with the Enemy Act to Block Corporate Business... 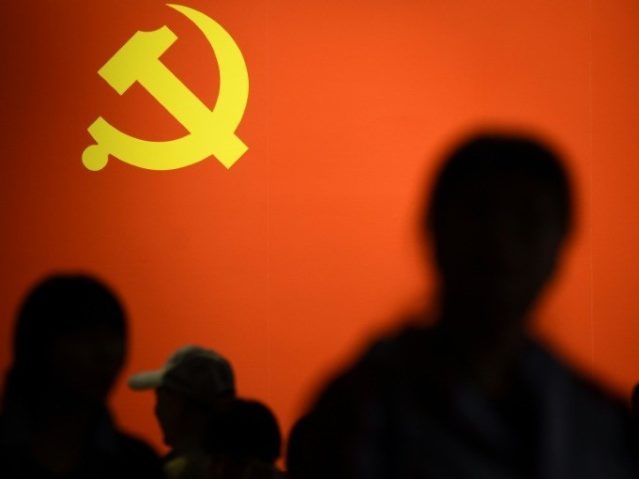 Hayward highlighted Bill Gates’ praise of the Chinese Communist Party’s handling of the coronavirus outbreak as emblematic of “globalist billionaires” — and the world’s most-capitalized technology companies’ — alignment with China.

“We’ve gotten some sobering demonstrations over the past couple of weeks that our own multinational billionaire class is not necessarily on our side,” he noted. “More and more of these globalist tycoons in the United States and Australia and Europe are announcing [or] kind of quietly walking over to China’s side of this debate and at least saying we need to back off, that we’re never going to get anywhere by trying to investigate the coronavirus or blame them for it, and we should instead work with [China] in order to address the remains of the global pandemic. Is that surprising? Is there anything we can do about discovering that so much of our monied elite to lead is really more on China’s side than on ours?”

Chang replied, “It’s not surprising. Money is money. Business is business. I think that when we look at this, we’ve got to understand that we shouldn’t expect loyalty from multinationals. It’ll be nice to get it but that’s not the way business works. What we can do and what would be very effective is for President Trump to use his power under the Trading With The Enemy Act of 1917 and the International Emergency Economic Powers Act of 1977 and just prevent the monied class from doing things which make them disloyal.”

Chang added, “What we have to do is to find American national security and enforce it. Once we do that, business will get in line, because our market is more important than China’s market, especially with China on the way that it is now. So this is really up to us and we can do this.”

Hayward asked about China’s use of “sharp power” beyond its borders, referring to the one-party state’s procurement of cultural, political, and social leverage in the West by developing financial relationships with leaders within the three spheres.

“Maybe it’s time for us to get into the sharp power arms race,” considered Hayward. “China uses sharp power, which is economic leverage to compel foreign companies to follow their speech codes and toe the political line coming out of Beijing. We have vastly more financial power than they do, but we don’t use it like they do — ever — and in fact, our own political class would probably turn on any American leader who suggested doing this sort of thing that the Chinese government does repeatedly. We can’t beat them if we don’t start playing the sharp power game, can we?”

Chang quipped, “You should be national security advisor, John. That’s absolutely right. This is what we need to do. We need to use all the elements of our power. We haven’t been doing that. We’ve had a series of presidents who’ve been much more interested in protecting the interest of China’s communists than they are about the American worker. That has to stop. That is stopping with President Trump, who has decided he’s going to actually support the American worker over China’s communists.”

Chang added, “We need to push President Trump further, because he does have the power to make it really uncomfortable for people who believe more in communism than they do in democracy. Many of those people, unfortunately, are Americans.”

Mansour stated, “We shouldn’t expect loyalty from our multinationals. Their focus is on their bottom line, but we can use our policies to actually force them to comply… Our government can exert power to basically protect our national interests. I’m also thinking that we should be demanding certain things from these multinationals in terms of complying with human rights. Any company that is making products in China using slave labor or profiting from it should be held to account.”

Chang responded, “Absolutely, Rebecca. What we have is, for instance, Uyghurs who are being forced from their homeland to work in factories far from where they live. This is a crime against humanity. This is forced labor. This is Third Reich-type stuff.”

“First of all, the American people just need to hold these companies to account, and we know their names,” added Chang. “They’re big consumer companies. Also, it’s up to President Trump to use his powers to say, ‘No, this is going to be absolutely illegal. You’re not going to do this.’ It’s up to the President of the United States to change the incentives [and] to change the boundaries under which these companies act. These companies will act in the most disgusting, horrific manner possible. We just need to make sure they cannot do that.”

Chang concluded by maintaining his call for China to pay reparations to the U.S. over its negligence related to the coronavirus outbreak.

“As of today, there’s about 69,000 Americans who have died of coronavirus,” remarked Chang. “China deliberately spread the disease beyond its borders. Beijing killed 69,000 Americans and counting.”

‘We Are the Captains of Our Own Fate’

‘We Are the Captains of Our Own Fate’