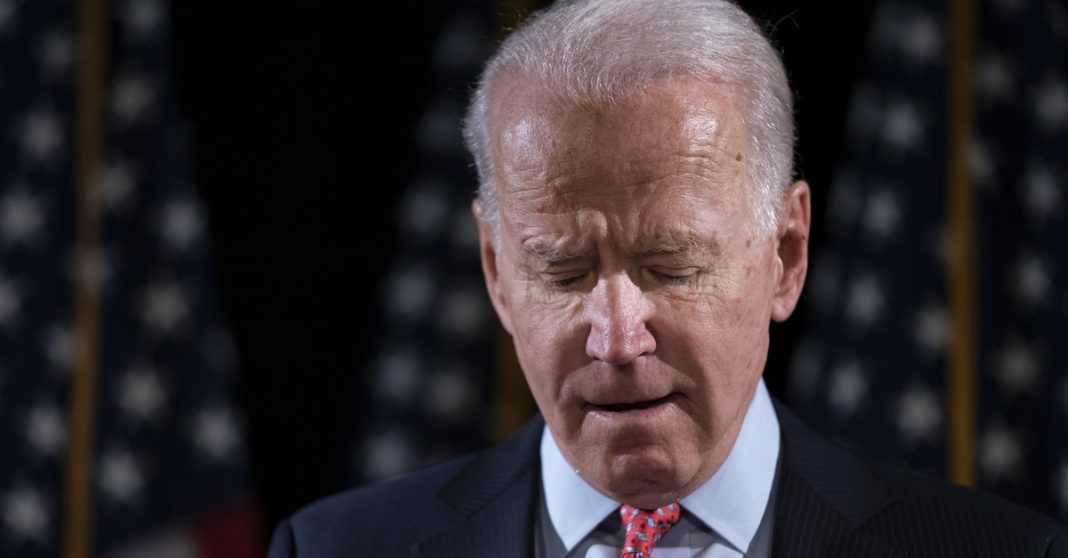 A woman says she was sexually harassed by presumptive Democratic Party presidential nominee Joe Biden when she was 14 years old.

The woman, Eva Murry, told Law&Crime that Biden complimented her on the size of her breasts at the First State Gridiron Dinner & Show in 2008, a long-running roast of and party for politicians, journalists and prominent business figures held each year in Delaware. Murry says she remembers the event occurring sometime around May of that year.

One friend and her sister said that Murry told her details of the alleged incident more or less immediately after it happened. Four other friends of Murry’s said they were told about the incident, with the same details, between two and three years after it originally occurred.

Law&Crime interviewed Murry, her sister, and those friends over the course of multiple days. Murry is the niece of former Republican Senate candidate Christine O’Donnell and said she occasionally received school credit for attending such political events. O’Donnell was running a long-shot campaign against Biden at the time that the alleged sexual harassment incident occurred.

The Biden campaign did not immediately respond to a request for comment. Biden is currently under fire over allegations that he sexually assaulted former Senate staffer Tara Reade in 1993 by penetrating her with his fingers without her consent. Biden’s campaign has denied it and Biden went on MSNBC Friday morning to strongly refute that allegation himself.

According to Gridiron Dinner Secretary Cathy Klocko, the roast is held the first Saturday of every May, which would place the 2008 event on May 3 of that year. Klocko went on to note that until recently the event was secretive and did not release information such as guest lists or photographs of the event.

“I remember walking into the lobby and being in awe of all the people in such fancy clothes,” Murry said in an interview. “Our two parties of people gravitated towards each other and everyone started saying their hellos. When it was Biden and my aunt’s turn to say hello he quickly turned to me and asked how old I was. I replied with my age and he replied with the comment ‘Fourteen? You’re very well endowed for 14!’ I was confused but it was definitely weird, he looked me up and down and hovered his eyes on my chest so I had some clue [about] the notion of his comment but didn’t fully understand at the time. We quickly separated from his area after the encounter.” 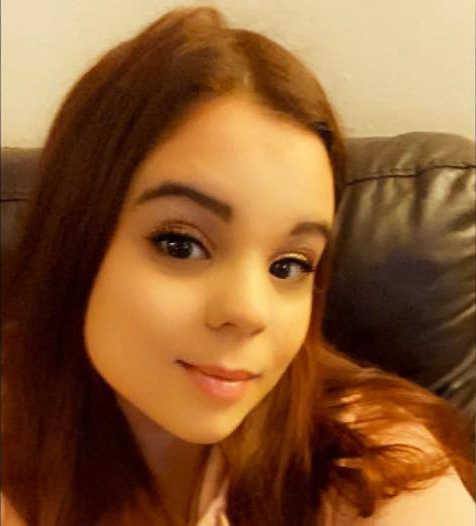 Murry, who is 26 now and engaged with a son and daughter, was in middle school at the time Biden allegedly made the comments about her breasts. She said that she attended a few additional campaign events with her aunt after Biden made the alleged remarks and she described being anxious and feeling sick to her stomach around him or upon learning that he would also be attending any such future events.

“I feel his comments were verbal sexual harassment,” Murry told Law&Crime. “I think I was too naive to realize exactly what it meant at the time but I vividly remember the uncomfortable feeling I had in the pit of my stomach during the whole encounter. It wasn’t Biden’s words alone that made me so uncomfortable, it was the look, the tone, the whole general vibe was off.”

Murry acknowledged the timing of her allegation would likely invite accusations that she was acting politically but she insisted that was not the case.

Murry said that she was personally motivated to speak out because she began seeing Biden’s name and face appearing all over Facebook in early April after Bernie Sanders dropped out of the Democratic primary. She said that many of her friends started posting about voting for Biden. So, Murry started off by telling each of those friends her story. She says she did this over and over.

“It got overwhelming repeating myself on everyone’s post,” she said. “So I made a master thread with the intentions of informing my friends and family who I care very much about, just what kind of man Biden is.”

Murry told Law&Crime she was upset about what Biden said to her rather than anything having to do with his politics.

“No man or woman should get away with acting that way and that is what this boils down to,” she said.

“She was telling me about the event and explained what happened,” Murry’s friend Victoria Anstey told Law&Crime. “I remember being so shocked. I didn’t know who Biden was or anything. Just [that] she said he was an ‘older man’ was enough for me to not like the situation.”

“Eva is telling the truth,” she added.

Anstey, 25, describes herself as a feminist, animal lover and a Democrat. She confirmed that Murry told her about the comments in 2008 when they were both teens. Anstey said Murry identified the man as Biden and said that hearing about the incident left her feeling angry.

Anstey also commented on the political dimensions of Murry’s allegation.

“I can’t stand Trump,” she said. “This isn’t politically motivated. This is about men in power using their status to silence victims.”

“She was 14 and any man to think that those comments are appropriate are on the wrong side of history,” Anstey continued. “We can’t let men (and females) keep getting away with these sexual comments. It’s past due that society stop turning a blind eye. People seem to only care when it’s someone they know, which is ridiculous. I want the next president to be a Democrat more than anyone but I can’t overlook this. It’s not justice for 14-year-old Eva. It would be doing her a disservice.”

A second friend, Katielynn Weaver, told Law&Crime that Murry first told her about it “over ten years ago when we were younger.”

“I started going to Delaware with her and her family so it was pretty fresh for her dealing with it,” Weaver said.

“The year was 2010 because I was 17 and just graduated and got my first car and that’s what we would take back and forth trips to Delaware,” she told Law&Crime. “The incident happened before I met Eva but she told me about it prior to our first time arriving in Delaware.”

Eva Murry’s older sister, Jenna Murry, also says she was told about the alleged incident “within a week or so of the dinner.”

The elder Murry said she previously had “a similar arrangement” with O’Donnell, “going around with her to political events” when she was also 14. Jenna said she kept up with Eva though the two didn’t talk much at the time because she was attending The College of New Jersey (TCNJ).

“I remember my mom mentioning at some point soon after that that Eva had met Biden and he’d made a weird comment,” Murry told Law&Crime. “The next time I was home from TCNJ Eva told me about the comment in detail from her perspective, specifically that he looked her up and down and stared right at her chest and made her feel really uncomfortable. I remember being really pissed off on her behalf and thinking that she was probably more upset than she was letting on and trying to be light hearted by that point, but seemed shook. I told basically all my friends about it at the time.”

Aileen Callaghan, another friend, said she first heard about the incident when she and Murry were teenagers. “It was probably 2010 when she told me,” she told Law&Crime. “She mentioned that he was at an event she was with with her aunt and that he was a creep and was looking at her chest the whole time.”

“I remember she said that Biden was a pervy old man, and was like laughing but looking down when she told us,” Callaghan continued. “When she got to the details, she was clearly pissed that it had happened, and clearly hadn’t known how to do anything about it.”

A fourth friend said that Murry told her about the alleged sexual harassment incident in 2010 or 2011 when both attended high school at the New Hope Academy in Yardley, Pennsylvania. The friend recalled Murry telling her Biden had made the comment about her body and that the two had nervously described the incident as “creepy” and wrong. The fourth friend spoke to Law&Crime on the condition of anonymity to protect her safety and career.

“Back then I didn’t know the meaning of this” she wrote about Biden’s alleged comments. “[F]or those of you that still don’t [know], it means Biden was telling me I had very large breasts for a 14-year-old. I learned shortly after what he meant and felt uncomfortable every time I met him afterwards.

Several additional friends of Murry’s commented on the post noting that they recalled hearing about the incident and said Murry was courageous for speaking out. Attempts to reach one of those additional friends by Law&Crime were unsuccessful at the time of publication.

Murry addressed the support she received for speaking out in a later comment on the thread to that initial post.

“I’ve told friends [and] family for years but I’ve never publicly put it out there,” Murry wrote. “I vividly remember the anxiety I would feel going to these types of functions after that encounter, it sucked the excitement right out of it for me.”

“I’m worried about the internet bullies so I never put it out there but I went on to Facebook after putting my daughter down for a nap and Joe Biden’s name was everywhere!”  she continued–describing the events of early April. “I had to say something.”

Murry also noted that she encountered Biden “about three times after that” at similar such events and that “his eyes never were on my face.”