Why are so many COVID-19 patients also seeing blood clots? 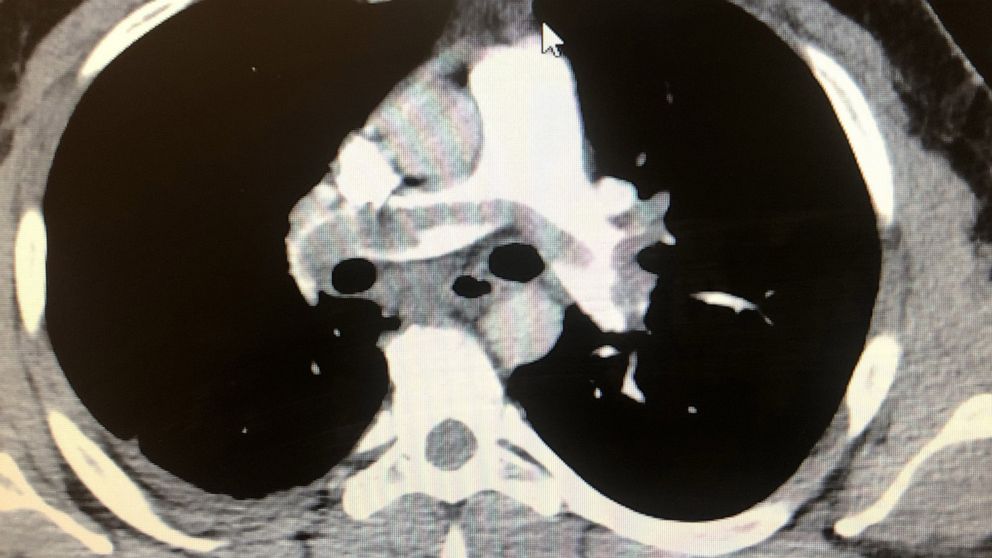 As the COVID-19 pandemic ravages a world still grappling with vast uncertainty over the virus, a new and unnerving pattern has emerged in some patients.

Though novel coronavirus symptoms thus far have presented chiefly within the respiratory system, the infection is swiftly showing to be an all-out, system-wide assault that reaches far past the lungs. Doctors in hot spots across the globe have begun to report an unexpected prevalence of blood clotting among COVID cases, in what could pose a perfect storm of potentially fatal risk factors.

In New Orleans, a man in his 30s was admitted to the hospital a week into treatment for the flu, severely sick. Developing shortness of breath, chest pain and an abnormally rapid heart rate — he was tested for coronavirus — doctors realized those symptoms also are typical of a pulmonary embolism: a potentially deadly blood clot that can move from the legs to the lungs and damage the heart.

The man’s blood work already showed heart damage, though he had no known underlying medical conditions, no recent travel, no recent surgeries. His chest scans, shown first to ABC News, revealed a massive clot. Termed a “saddle embolus” because it hooks over branches of both pulmonary arteries, it was severely stressing the right side of the heart, unable to push blood against the clot already in its strained state.

“Thankfully, we were able to find this and treat this early, otherwise it probably would have killed him,” Dr. Siyab Panhwar, a cardiovascular consult for the patient, told ABC News.

The patient’s system, riddled with inflammation — increasingly a pattern among patients with COVID-19 — in such a heightened state may have been doing more harm than good because inflammation — a defensive mechanism in the body — can increase clotting.

The body’s response creates a domino effect that may cause further harm, doctors told ABC News. Patients’ systems are strained by numerous factors triggered by the virus — stressed lungs, severe inflammation — that set in motion the clotting effect.

It’s growing so common with severe COVID cases, doctors are recognizing it as a new pattern of clotting called COVID-19-associated coagulopathy, or CAC, which is notably associated with high inflammatory markers in the blood, like D-dimer and fibrinogen.

“This virus is affecting the lungs, but it appears to be causing inflammation of the whole body,” Dr. Viren Kaul, a pulmonary critical care specialist at Crouse Health and an assistant professor of medicine at SUNY Upstate Medical University, told ABC News. With those patients at a higher risk of clotting, doctors must identify those individuals a quickly as possible.

In Spain, among the hardest-hit nations, clotting cases have become so prevalent in novel coronavirus patients that doctors have begun routinely treating individuals with therapeutic doses of anticoagulation medication.

“In the beginning of the outbreak, we started only giving them medicine to prevent clots. We saw that it wasn’t enough,” Dr. Cristina Abad, an anesthesiologist at Hospital Clínicos San Carlos in Madrid, told ABC News. “They started having pulmonary embolisms, so we started [full] anticoagulation on everyone.”

Nearly half of the COVID-19 deaths in Spain have been in Madrid.

The exact cause of increased clotting in COVID patients remains unclear — as novel as the virus itself. But Abad said she believes the increase in clotting is from the severe inflammation, fluid and stress to the respiratory system.

In the U.S., doctors on the front lines of the COVID battle have been crafting new protocols as the world scrambles to understand more about this virus.

Dr. Salim Rezaie, an emergency medicine physician at Methodist Hospital in San Antonio focused on understanding COVID-19 and its association with clotting, said he’s been tracking telltale signs of clotting through their byproduct, D-dimer proteins, which break off in the body and spread through the bloodstream. Those help determine anticoagulant dosages.

“The crux of all this is, what does that mean for the body’s larger system?” Rezaie said. “The evidence is really new, and it’s not robust. People are just trying to do the right thing, give the most benefit, but not cause more harm.”

Panhwar shared a story of a patient who was nearly discharged before additional symptoms were discovered, adding: “We’re seeing really swift decompensation for patients with severe symptoms.”

“About 40 years old, she was going to self-quarantine, she was walking out the door, and she went into sudden respiratory arrest,” Panhwar continued. “She was intubated and coded in a matter of 30 minutes. So when that happens, our suspicion of pulmonary embolism is very, very high. But without screening for it, we can’t know for sure.”

“It can happen so quickly. It can be very traumatic. This disease is unlike anything we’ve seen,” he added.

Some COVID-19 patients have been crashing, hard and fast, from sudden events — pulmonary embolisms, cardiac arrests, respiratory failures — leading some doctors to wonder whether such cases were spurred by a clot for which they didn’t know to look.

But symptoms of a worsening COVID infection mirror those of a severe clot in the lung, which, doctors have said, further blurs the lines of a diagnosis already difficult to clarify. More observation and research will be required.

“Separating the two entities, talking about clots in the lungs and worsening COVID infection, can be difficult, which is the challenging thing,” Kaul said.

But even screening for clots amid the current threat of infection presents additional difficulties: Every surface of full-body CT scan machines must be wiped down, thoroughly, which requires additional resources and takes more than an hour. It’s yet another clog in the system.

Lily Nedda Dastmalchi, D.O., M.A., an internal medicine resident physician at The George Washington University, is a contributor to the ABC News Medical Unit. Sasha Pezenik is a reporter/producer with ABC News.