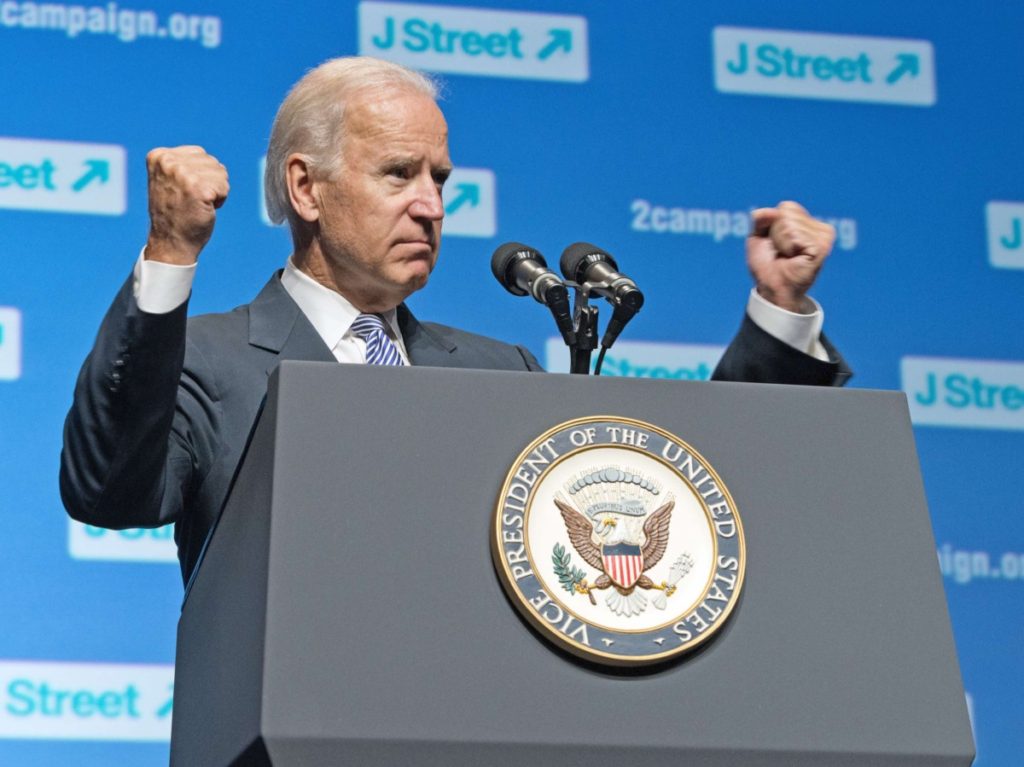 Former Vice President Joe Biden welcomed the endorsement Friday of J Street, the far-left, George Soros-backed group that has opposed most U.S. policies that support Israel, including the 2018 relocation of the U.S. embassy to Jerusalem.

J Street offered Biden its first-ever presidential endorsement, citing his opposition to Israeli settlements and his work in negotiating the Iran nuclear deal. J Street noted that it “intends to raise over $1 million for the campaign by Election Day.”

Biden told the Daily Beast that he was “honored to have earned J Street’s first-ever presidential endorsement,” adding that the  group has “an unyielding dedication to the survival and security of Israel” — a statement that ignores J Street’s controversial record.

J Street poses as “pro-Israel, pro-peace,” providing a political safe haven for Democrats who want to oppose Israeli policies and appease the anti-Israel left. In practice, however, J Street’s stances on Capitol Hill and on campus are hostile to Israel.

Most recently, J Street has been notorious for opposing the embassy move, and President Donald Trump’s peace plan for the region — even though that plan explicitly calls for a Palestinian state. But its radical stances go back more than a decade.

The group began after Soros and others on the left began arguing for an alternative to the American Israel Public Affairs Committee (AIPAC), the influential bipartisan lobbying group that has pushed for a strong U.S.-Israel alliance.

J Street’s first major political action had nothing to do with Israel, but with silencing political opposition at home: it pushed for then-vice presidential nominee Sarah Palin to be disinvited from a Jewish community protest against Iran in 2008.

Later, it opposed Israel’s defensive war against Hamas terrorists in 2008-9, and supported Judge Richard Goldstone after he published a false report accusing Israel of committing war crimes in Gaza. (Goldston later retracted the claims in the report.)

J Street urged the new Obama administration to punish Jewish charities that provided funds and services to Israelis who happened to live across the “Green Line” in Judea and Samaria. (It made no effort to curtail the efforts of Islamic charities.)

The organization gave full-throated support to President Barack Obama’s disastrous policies toward Israel, including his effort to create “distance” with Israel, and his pursuit of the Iran deal, which gave the regime billions to spend on terror.

(Notably, Biden was the point man for Obama in condemning new Israeli housing in a Jewish neighborhood of Jerusalem in 2010. He also once threatened to cut off aid to Israel over settlements.)

After lying for years about whether Soros had supported the group, J Street was forced to admit in 2010 that he had done so. The group contributes nothing to Middle East peace. It exists to support the Democratic Party’s growing anti-Israel voices.

In the past, pro-Israel Democrats hoped that Biden was an alternative to the Bernie Sanders wing of the party when it came to Israel.

The fact that Biden would embrace J Street’s endorsement suggests he is pivoting to the left, not the center — at the cost of whatever pro-Israel views he once may have had.