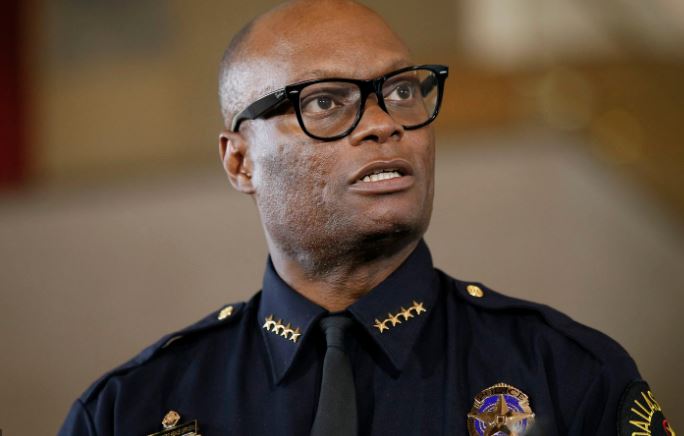 Mayor Lori Lightfoot has chosen former Dallas police chief David Brown to be the next Chicago police superintendent, making him the third outsider in 12 years to lead the nation’s second largest police force, according to sources familiar with her decision.

The selection of Brown, chosen from among the three finalists for the job named by the Chicago Police Board this week, was a crucial choice for Lightfoot, who has picked a permanent top cop for the first time since being elected mayor last year. The Tribune reported late Wednesday that Brown was considered to be the favorite and that the pick would be announced Thursday.

The 59-year-old Brown is the third Chicago police superintendent chosen from outside the force since 2008. That year, then-Mayor Richard M. Daley picked longtime FBI veteran Jody Weis as his police boss, and former mayor Rahm Emanuel’s first selection was New Yorker Garry McCarthy, who held the job from 2011 until 2015.

Brown replaces Charlie Beck, a former Los Angeles police chief who took over as interim superintendent after Lightfoot fired Eddie Johnson late last year. Johnson had been hired by Emanuel in 2016 before Lightfoot dismissed him in December, alleging Johnson lied to her about a late night out in the fall in which he had been drinking and was found slumped over in his city-issued vehicle.

Choosing a police superintendent is always politically risky for a mayor. The wrong choice could demoralize rank-and-file cops or anger members of the City Council, and then there’s making sure the person is up for the position, which Lightfoot has said is “one of the toughest jobs in law enforcement.”

One item on the mayor’s checklist: experience as a senior manager of a large organization. Of the three finalists for the job, Brown was the only candidate to lead a police department the size of Dallas’, which had about 3,500 cops when he retired.

Brown will now be responsible for leading CPD through a federally mandated consent decree aimed at reforming the way the 13,000-strong department trains and supervises its officers.

He will also now be in charge of crime-fighting strategies to combat intractable gun violence in the city, while Chicago’s officers at the same time try to adapt to uncertain times brought on by the COVID-19 pandemic. The department lost its first officer to the coronavirus early Thursday morning.

A veteran of the Dallas Police Department for more than 30 years, Brown was its chief in 2016 when five police officers were killed, and several others wounded, in an ambush-style rifle attack in downtown Dallas.

And while he was in the national spotlight, officers under his direction used a controversial method to kill the suspect in the shooting, deploying a remote-controlled robot carrying an explosive and detonating it.

Brown recounted his ultimate decision to use the tactic in his 2017 autobiography, “Called To Rise (co-written by journalist Michelle Burford).” The plan Brown approved to kill 25-year-old Micah Johnson with the robot did work, but Brown in his book acknowledged some of the criticism about his department’s handling of the incident, which essentially meant executing Johnson before he could have a trial.

“I had no hesitation about detonating the explosive,” Brown said in the book. “(Johnson) had already wreaked enormous havoc and bloodshed on my officers and was threatening to snuff out the lives of others. He never once showed signs of surrender. If I were presented with the same circumstances today, I’d make the same choice – without question, I’d do it again.”

Brown retired the year of the shooting before working in the private sector, including as an ABC News contributor on law enforcement, race, and social justice issues.

Born and raised in Dallas, Brown, a devout Christian, became a city cop in 1983 after seeing the negative effect the crack epidemic had on his neighborhood of Oak Cliff.

He oversaw the Dallas police force’s CompStat program as he rose through the ranks. He also emphasized community-policing efforts aimed at improving trust between law enforcement and the neighborhoods, though he has acknowledged the philosophy was a hard sell to him.

Brown’s climb to the Dallas department’s top post was marked by tragedy.

His former partner was shot and killed in the line of duty in 1988, and his younger brother was slain by a drug dealer in 1991.

Then in June 2010, weeks into his tenure as police chief, his son fatally shot a cop in a Dallas suburb and wounded another man, before he was shot and killed himself by police. Brown’s son suffered from bipolar disorder, and an autopsy showed he had PCP in his system when he died.

In a memorial service for the five slain officers, attended by then-President Barack Obama and former President George W. Bush, Brown wanted to dedicate his remarks to the officers’ families, he said in his book. Unconditional love was the theme of those remarks and with that, he recited lyrics to Stevie Wonder’s 1976 song, “As.”

“I recited the lyrics that had always touched me,” Brown wrote, “including the one line that summed up exactly how I felt and what our city most needed to hear: ‘Just as hate knows love’s the cure…I’ll be loving you always.’”