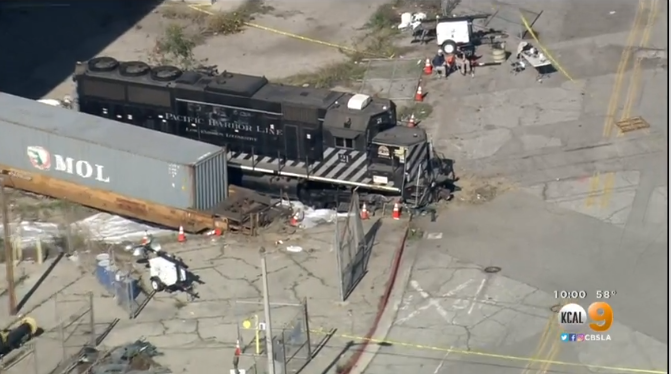 Federal prosecutors charged a locomotive driver at the Port of Los Angeles with intentionally derailing a train near the U.S. Navy’s hospital ship Mercy because he suspected it was not there to help with the coronavirus crisis.

Eduardo Moreno, 44, of San Pedro, was charged with deliberately wrecking a train during the incident Tuesday, which lead to a derailment and fuel leak, according to charges.

Prosecutors allege that Moreno derailed the train and deliberately crashed through barriers designed to stop engines before grinding to a halt 250 yards from the Mercy.

Firefighters and a hazmat team took care of the incident without an explosion or injury.

According to an affidavit, a California Highway Patrol officer saw the crash and took Moreno into custody at the scene.

Moreno reportedly said, “You only get this chance once. The whole world is watching. I had to. People don’t know what’s going on here. Now they will.”

Prosecutors allege that during an interview he admitted he ran the train beyond the track because he believed the Mercy was part of suspicious activities involving the coronavirus.

“Sometimes you just get a little snap and man, it was fricking exciting . . . I just had it and I was committed. I just went for it, I had one chance,” Moreno said when interviewed by authorities.

According to the affidavit, he said he thought his act would bring media attention and “people could see for themselves,” referring to the Mercy.

Such a charge upon conviction can result in up to 20 years in prison.

The Mercy arrived at the port of Los Angeles last week.

The ship will house patients who do not have COVID-19 in an attempt to free up regional hospital beds for those who do. Some patients who are already hospitalized in Los Angeles County will be transferred to the ship for ongoing treatment, port officials said Thursday.