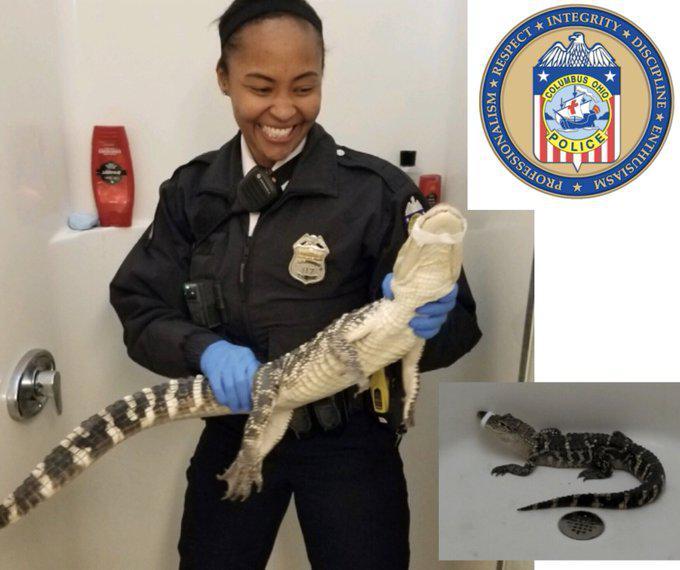 A robbery call answered by Columbus police at a Near East Side apartment Monday afternoon took an surprising turn with the discovery of a live alligator.

The initial call at 3:45 p.m. Monday was about a man with a gun and an argument over the return of an X box. There were also two children and two toddlers present, Columbus police said.

A man was taken into custody at the scene and no one was hurt.

But while officers were there, they stumbled upon an occupant in the closet: an alligator.

The alligator was more than three feet in length, said Denise Alex-Bouzounis, a spokeswoman for Columbus police.

Columbus Police Officer Amanda Hill took the situation in stride and was “cool as a cucumber.”

Hill handled the gator until the Ohio Department of Natural Resources arrived and took the reptile into custody.