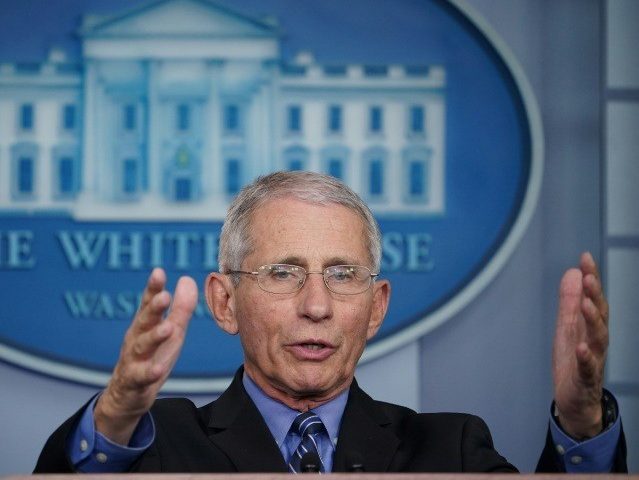 Dr. Anthony Fauci, Director of the National Institute of Allergy and Infectious Diseases, now travels with a personal security detail in response to death threats amid the coronavirus pandemic.

A law enforcement official told CNN that the Department of Health and Human Services Inspector General, the agency’s law enforcement arm, asked the US Marshals Service for assistance following threats to Fauci. The Marshals then deputized HHS officers to act as personal security for the doctor.

A source also confirmed to CNN last week the presence of several members of the Washington, DC, Metropolitan Police Department stationed at all times around Fauci’s home in the district. The source added the stepped up visible police presence was a response to growing threats to Fauci’s safety, though the source of the threats was not identified.

Fauci, who has led the NIH since 1984, downplayed the severity of the threats in a Thursday morning interview with CBS.

“You know, it’s my job. This is the life I’ve chosen, and I’m doing it,” he told anchor Gayle King. “I mean, obviously there’s a lot of pressure. I would be foolish to deny that… It’s a job to do, and we’ve just got to do it.”

“I’ve been through crises like this before,” he added, pointing to the HIV epidemic in the 1980s.

In the same interview, Fauci also said Americans should not fear the White House task force projections estimating that up to 200,000 people could die from the Chinese coronavirus.

“It’s within our power to modify those numbers,” the top public health official said. “You model what the projection might be, and the projection was even with considerable mitigation, you still could anticipate between 100,000 and 200,000 deaths.”

“However, if you really push hard on mitigation and data comes in that tells you you’re doing better than the model, you can modify the model,” he added.

On Tuesday, Fauci said that social distancing is seemingly working and such measures are “starting to be able to possibly flatten out” the curve of coronavirus cases.