Home Breaking News ‘What a Joke’ — ‘What a Chump’ Trump Is 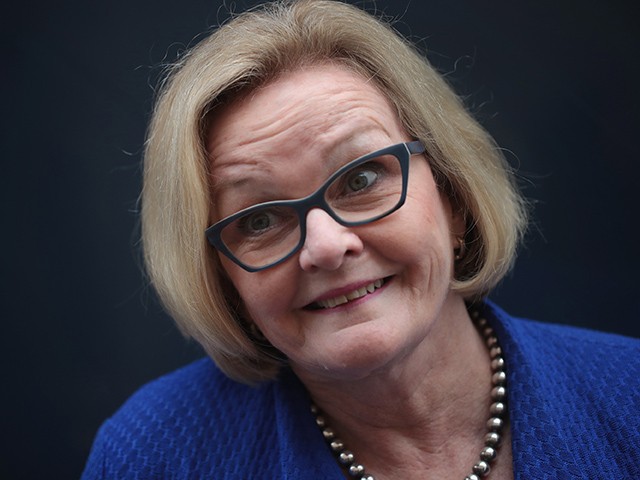 The panel was discussing the Trump campaign sending out cease and desist letters to television networks to stop airing a Priorities USA ad.

Anchor Nicolle Wallace said, “Donald Trump’s re-election campaign is sending out cease and desist letters to local TV stations threatening legal action if they continue to run that ad that we just aired for you. It’s paid for by a left-leaning political action committee. The Trump campaign says the audio is manipulated and that Trump never called the virus itself a hoax. In response, Priorities USA says they’re going to expand their ad buy. No matter who his campaign threatens to sue, Donald Trump’s handling of the pandemic has undoubtedly become the campaign issue. Joe Biden’s campaign has a new ad that’s nearly two minutes long playing Trump’s initial efforts to downplay the virus and his attacks on the media.”

She continued, “Claire McCaskill, I have long wrestled with this question of how much of Trump to show in covering him, but this is an instance where Trump makes the own case against himself by talking about the media, by attacking reporters who ask questions on everyone’s mind, by putting out information that contradicts the things that Tony Fauci says sometimes from the same briefing. What do you make of it as a political ad?”

McCaskill said, “First of all, it’s an effective political ad, the best ads are ads where the person is actually speaking and makes the point for themselves. Nobody is manipulating his voice there. That’s what he said. Now, the cease and desist orders, Nicole, as you well know, what a joke. I mean, the fact that he is paying someone to make these threats, shows you what a chump he is.”

Referencing toilet paper, McCaskill continued, “He thinks he’s some brilliant business guy. He’s wasting money of his campaign or his own money hiring lawyers because you and I both know the cease and desist orders, fact, they could sell them for what we’re in short supply of right now.”

She added, “It is silly that he thinks he can get that ad taken down. I think you’re going to see a lot more of that kind of advertising as this cycle goes on because Trump said these things. He did these things, and it is — he is probably the most powerful case that Joe Biden has in terms of his campaign for president.”