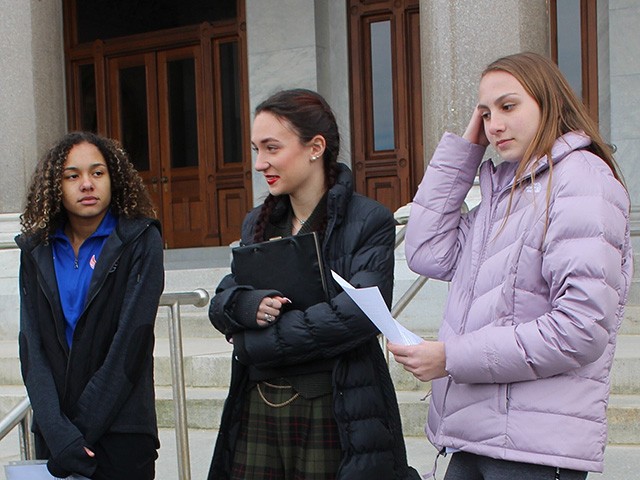 President Donald Trump’s Justice Department (DOJ) is backing a lawsuit by three female athletes who say their sex-based Title IX rights are violated by the forced inclusion of “transgender” males in their high school competitions.

On Wednesday, the DOJ issued a “statement of interest” in response to a lawsuit filed by three high school athletes in Connecticut challenging rules that allow individuals to compete in sports based on “gender identity” rather than biological sex.

Title IX is a federal civil rights law passed as part of the Education Amendments of 1972. This law protects people from discrimination based on sex in education programs or activities that receive Federal financial assistance. Title IX states that:

“No person in the United States shall, on the basis of sex, be excluded from participation in, be denied the benefits of, or be subjected to discrimination under any education program or activity receiving Federal financial assistance.”

The DOJ’s statement addresses why the Connecticut rules discriminate against female athletes:

Title IX and its implementing regulations prohibit discrimination solely “on the basis of sex,” not on the basis of transgender status, and therefore neither require nor authorize CIAC’s transgender policy. To the contrary, CIAC’s construction of Title IX as requiring the participation of students on athletic teams that reflect their gender identity would turn the statute on its head.

The policy also illustrates why this Court should not read Title IX to compel schools to require students to participate on sex-specific teams solely on the basis of their gender identity. Even if the term “sex” is somehow ambiguous, if “only one of the permissible meanings” of an allegedly ambiguous term “produces a substantive effect that is compatible with the rest of the law,” this Court should adopt it because the Judiciary “cannot interpret federal statutes to negate their own stated purposes.” King v. Burwell, 135 S. Ct. 2480, 2492-93 (2015)(citations omitted). Reading Title IX to compel schools to require biological males to compete against biological females in athletic competitions is precisely the type of interpretation that this Court should reject on this ground.”

The conservative advocacy group American Principles Project (APP), which has worked in recent years to fight against the movement to allow biological men to compete against biological females in sports, issued a statement on Thursday.

“What a difference an election can make,” Terry Schilling, executive director of APP, said in the statement. “Just four years ago, the Obama administration was threatening schools with a loss of funding if they failed to allow biological males to participate in girls’ sports.”

“This was total insanity, and yet it unfortunately spread to many states like Connecticut, which adopted policies eliminating a fair playing field for women athletes,” Schilling said. “Now, high school girls are being forced to sue in order to preserve their rights under Title IX.”

“Thankfully, the Trump administration has proven to be a strong defender of equal opportunities for women, and this DOJ action is just the latest example,” Schilling said. “As Democrats continue their push to wipe out women’s sports through legislation such as the so-called ‘Equality Act,’ we encourage President Trump and Republicans to keep opposing these efforts and supporting girl athletes.”

APP also announced it would pay for ads on this topic during the 2020 presidential election season.

The case is Soule vs. Connecticut Association of Schools, Inc., No. 3:20-cv-00201 in the U.S. District Court for the District of Connecticut.