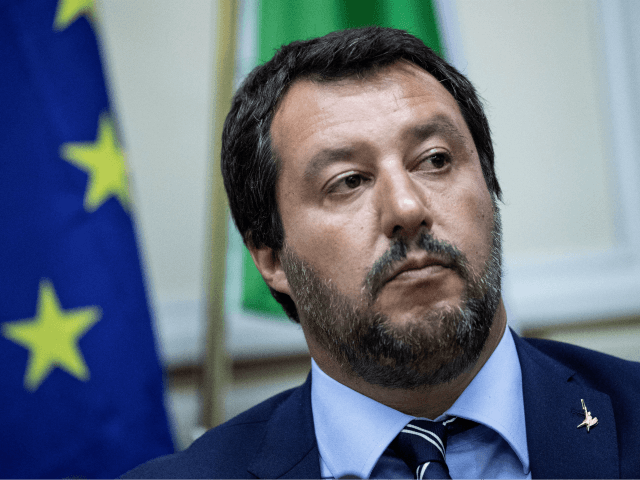 Populist Italian senator Matteo Salvini has warned that without a substantial economic aid package of at least 100 billion euros to counter the economic effects of coronavirus, Italians could revolt.

The leader of the League party and former deputy prime minister warned the leftist coalition government led by Giuseppe Conte that the current patience of Italians lockdown in their homes could quickly turn into anger if the correct measures are not in place.

“Several signs are already there. People are behaving in an exceptional way; however, it demands guarantees,” Salvini said.

The former interior minister added that he had spoken to a variety of people from small business owners to workers and that they were “ready to make sacrifices” but wanted assurance from the government they would be covered economically, Il Giornale reports.

“It is, therefore, necessary to move immediately,” Salvini said, noting that money was needed now rather than in weeks’ or months’ time when anger could reach a boiling point.

Petrol Stations to Begin Closing This Week Across Italy https://t.co/Ac4fXwGFUr

Italy has become the global epicentre of the Wuhan virus, surpassing the official death toll of China last week and totalling over 5,000 deaths and over 74,000 confirmed cases as of Wednesday afternoon.

In some areas of the country hardest hit by the outbreak, such as the northern city of Bergamo, the strain has led to hospitals being put in a state of emergency, with crematoriums unable to cope with the number of victims.

Senator Salvini has previously slammed the Conte government for not failing to stop the spread of the virus during the early days of its outbreak, saying that not enough was done to stop people coming into the country with the disease.

When cases began to surge, Salvini went as far as offering to take part in a national unity government to help combat the outbreak — but was rejected by members of the leftist coalition.

Trump Didn’t Want to ‘Face the Reality’ of Coronavirus — ‘Denial...