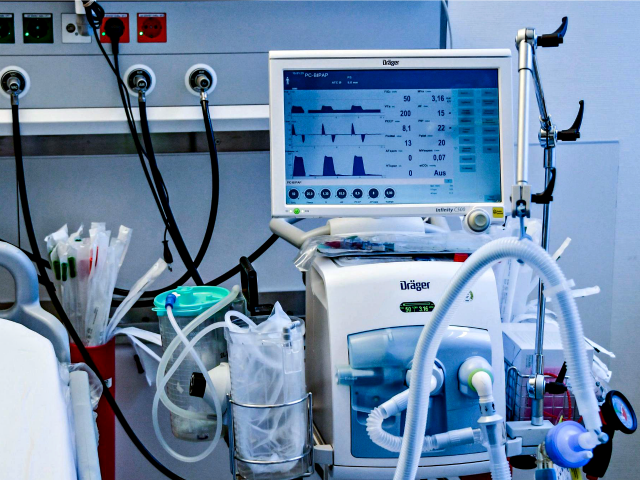 Companies, hospitals, and doctors can now use a variety of unapproved and experimental machines and techniques to breathe air into asphyxiating coronavirus patients, according to a March 24 announcement by the federal agency responsible for licensing medical equipment.

A March 24 statement from the Food and Drug Administration said:

This Emergency Use Authorization (EUA) is being issued in response to concerns relating to insufficient supply and availability of FDA-cleared ventilators for use in healthcare settings to treat patients during the Coronavirus Disease 2019 (COVID-19)1 pandemic.

The letter gives doctors and hospitals a safe pass for good faith experimentation with the nation’s limited stock of ventilators, said James Evans, CEO of Automedx, a Texas-based firm that supplies compact and sturdy ventilators to the Pentagon’s combat units. The agency is telling “everyone out there [who] is trying to do good that ‘We’re not going to slap you on the hand if you hurt someone you’re trying to help,’” Evans said.

Evans said he is hoping to win a contract from the government for the mass production of his book-sized ventilator, which can help people recover from lung damage caused by the coronavirus.

A task force is readying the plan for ventilator production at the Department of Health and Human Services. The agency will likely call for the production of a wide range of machines, including high-end devices for hospital care, simpler breathing aids for conscious people, tougher devices that can be in storage for the next crisis, and rudimentary devices for quick production.

This week, Congress provided billions of dollars for the production of ventilators and other equipment.

“We think that we’re in a good position to build … tens of thousands of units in 15 weeks,” Evans said, adding, “We’re just waiting to hear what HHS wants to do.” The crisis is going to last 18 months, partly because that is the expected development time for a vaccine, he said.

The scale of the problems was outlined in a March 25 article in the New York Times:

As hospitals prepare for a flood of desperately ill patients unable to breathe on their own, mechanical ventilators have become the single most important piece of equipment that can mean the difference between life and death.

The United States currently has between 160,000 and 200,000 ventilators, but could need up to a million machines over the course of the outbreak, according to the Society of Critical Care Medicine. In New York, the epicenter of the outbreak in the U.S., hospitals are already on the verge of running out, Gov. Andrew Cuomo said this week.

The nation’s huge medical industry also has many ventilators and breathing devices that can be pressed into service, according to the newspaper:

Experts in the field say there are other ways to rapidly boost the ventilator supply for overwhelmed hospitals. Most ventilators are sophisticated machines that keep critically ill people alive by delivering oxygen into the lungs through a tube inserted in the windpipe. Full-feature machines can cost as much as $50,000, but doctors say even basic models that cost less than $2,000 can sustain a patient in acute respiratory distress. The most grievously ill may need to remain on the machines for weeks until they can breathe on their own.

There are tens of thousands of no-frills resuscitators used by paramedics and the military. Plastic surgeons and outpatient surgery centers also have ventilators in their offices. With elective procedures indefinitely on hold in much of the country, those machines are now sitting idle.

The FDA’s emergency rule will reduce the ever-present risk of eventual lawsuits, freeing hospitals and doctors to experiment with the existing supply of machines and parts. For example, some hospitals are testing to see if ventilators can be used on two or more patients.

Federal advisors project a need for up to 500,000 ventilators to save Americans from China’s coronavirus. That seems like a life & cost-saving option.
U.S. manufacturers are trying to accelerate parts delivery. But there is no sign of federal $$ yet. https://t.co/yEtV9RW900