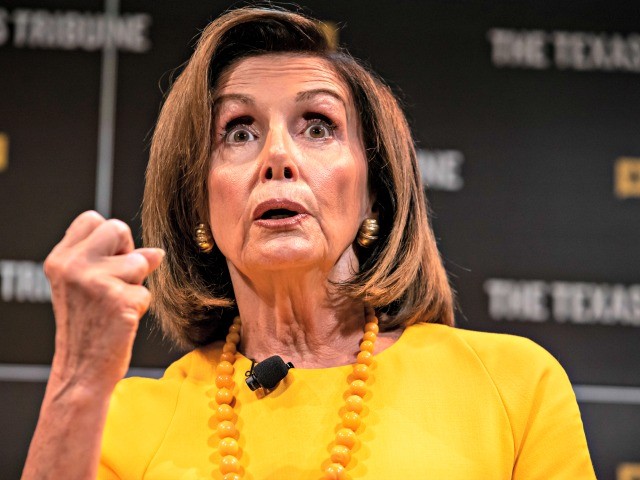 “A few minutes ago, the speaker stood at this podium and claimed that House Democrats did what she called a jiu-jitsu to change the bill,” McCarthy said during a press conference on Wednesday. “That is an outright lie.”

“Was that worth holding it up and more people being laid off? More people losing sleep? More people wondering if they can continue? Those are the type of games that have to stop in Washington,” he continued, blasting Pelosi for “thanking her members on wins” and noting that Americans suffering are not interested in hearing those “superficial and fabricated claims.”

What Democrats did was a total disgrace. History will not be kind to the days that added to the millions who are unemployed simply because they wanted to change the election law, put a Green New Deal, and thought it was a tremendous opportunity to change the direction and vision of this country based upon their philosophical beliefs.

Pelosi only has a claim to one victory, McCarthy said: $24 million more dollars to the Kennedy Center. While the minority leader said he supports the center, sitting on the board, he reiterated that it was not appropriate to hold up aid to the American people over funds for that:

“That was wrong, but that’s what her win was. It didn’t extend any of the unemployment insurance. That was already decided on Sunday,” he said.

“She added union provision, and she added money for the Kennedy Center,” he added.

I believed at the end of the day this should just focus on the health, safety, and security of Americans when it came to the coronavirus. Let’s make sure that those hospitals got the resources. Let’s make sure those who are laid off, they got money to pay their rent so we don’t have a real estate challenge. Or those who were laid off, let’s incentivize the small business owner to actually bring them back on. How do you do that? Government is providing the resources as a grant to rehire them or the incentive to keep you working as we get through this virus so we’re stronger on the other side.

“We just watched 3.28 million Americans get a question and answer they did not want to hear when they went to work while we watched Democrats stall a bill that could have solved that problem,” McCarthy added.