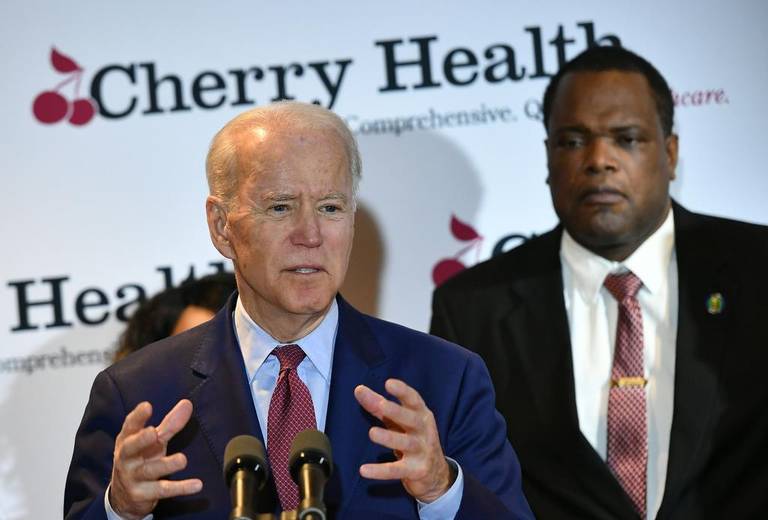 Former US Vice President Joe Biden has had a tough year when it comes to trying to get back into the White House, from incoherent ramblings to being called out for smelling people.

However, it appears the “Me Too” movement has smacked Biden with another accusation- sexual assault.

Tara Reade, a former staff assistant to Joe Biden, claims that Biden sexually assaulted her in 1993.

After attempting to get then-Senator Biden his gym bag, Reade approached Biden only to find herself pinned against a wall.

“We were alone, and it was the strangest thing. There was no, like, exchange really, he just had me up against the wall,” Reade reportedly said. “His hands were on me, and underneath my clothes, he went down my skirt, but then up inside. He penetrated me with his fingers.”

Biden reportedly asked her if she wanted to go “somewhere else,” and later told her, “C’mon man, I heard you liked me.”

According to the Daily Wire, Reade’s testimony was recorded by journalist and podcaster Katie Harper.

“For me, it was like everything shattered in that moment because I knew that we were alone. It was over, right?” Reade said. “He wasn’t trying to do anything more- but I looked up to him, he was like my father’s age, he was like this champion of women’s rights in my eyes and I couldn’t believe it was happening. It seemed surreal. I just felt sick because when he pulled back, he looked annoyed, and he said something else to me that I don’t want to say, and then he said -I must have looked shocked … I don’t know how I looked, but I must have looked something because he grabbed me by the shoulders, and said, ‘You’re okay. You’re fine. You’re okay. You’re fine,’ and then he walked away, and went on with his day.”

Last year, several women came forward claiming that Biden had acted in a predatory manner around them, ranging from unwanted kisses to smelling their hair.

Biden has yet to publicly acknowledge Reade’s latest allegation.

All rights reserved. The content of this webpage may not be reproduced or used in any manner whatsoever without the express written consent of Bright Mountain Media, Inc. which may be contacted at info@brightmountainmedia.com, ticker BMTM.