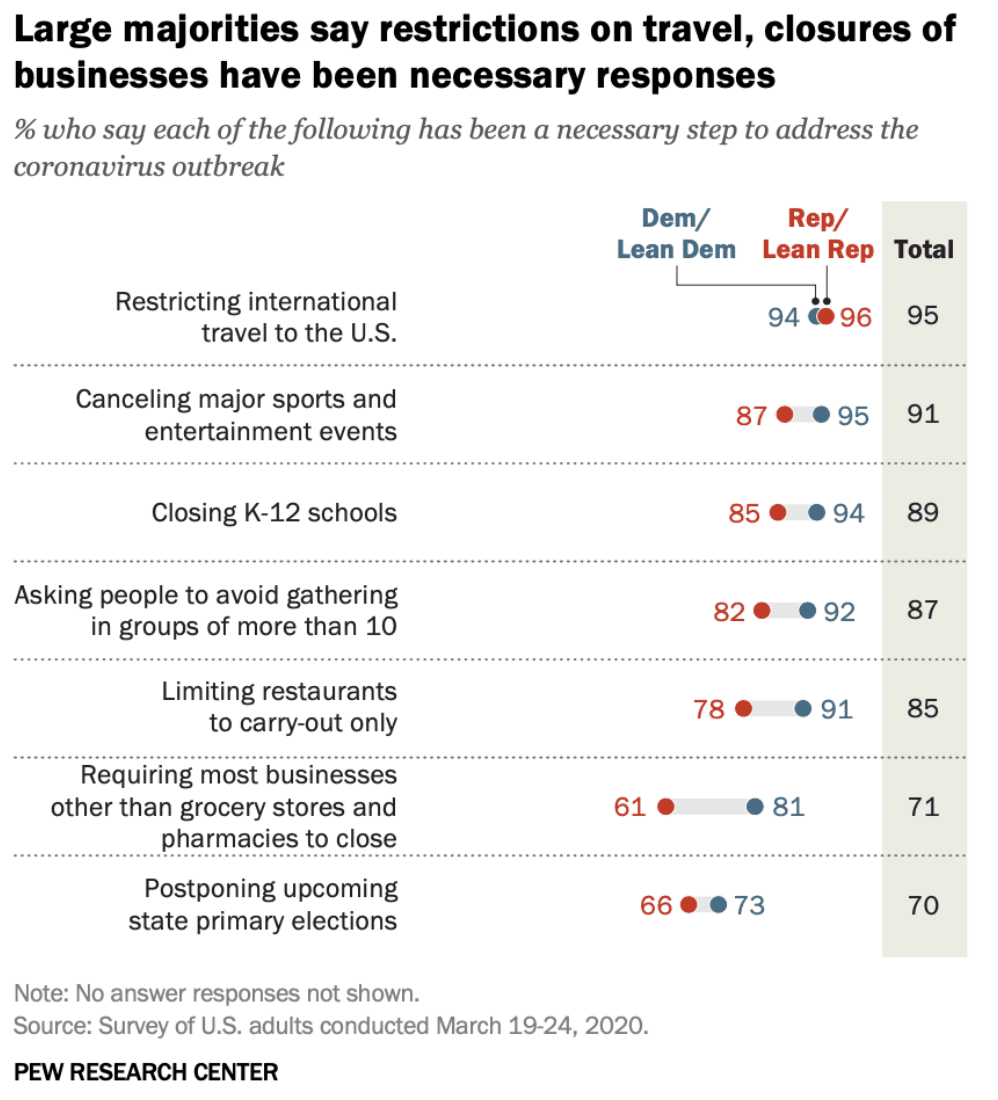 President Trump’s travel bans on China, Iran, Europe – as well as closures at the southern and northern borders – are the most popular policy initiatives the White House has enacted to fighting the Chinese coronavirus, a new survey reveals.

Pew Research Center’s latest survey finds that of all the precautions taken by federal and state governments, about 95 percent of Americans said “restricting international travel to the U.S.” is the most necessary action to stopping the spread of the coronavirus.

This includes about 96 percent of Republican voters and 94 percent of Democrat voters who said travel bans are vital to fighting coronavirus — making it the most popular policy initiative among Americans overall.

As Breitbart News has reported, Trump has closed the southern and northern borders to migrant entry and travel, as well as imposing travel bans on China, Iran, and Europe to stop recent visitors and nationals from those countries from flying into the U.S.

Many have called for a full immigration moratorium and across-the-board travel ban to prevent new arrivals and foreign nationals from entering the U.S. amid the coronavirus crisis. Canadian Prime Minister Justin Trudeau has ordered an international travel ban that effectively stops all foreign air travelers from entering Canada.

Today, flights from highly-affected countries such as South Korea, India, Canada, Brazil, and Japan have continued despite experts admitting that foreign travel has been the largest contributor to the spread of the coronavirus in the U.S.