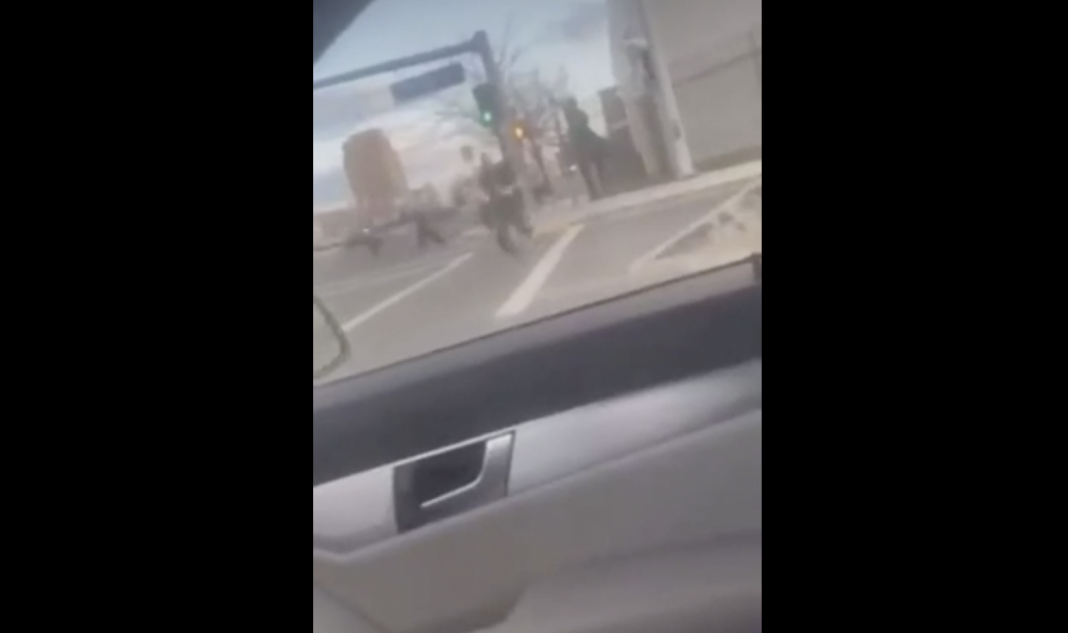 Fourteen inmates escaped from the Yakima County jail Monday evening by breaking open a fire door with a table — and police are still searching for six of them.

The Yakima Police Department said the inmates escaped around 7:10 p.m. Most of them were last seen wearing clothes from the Yakima County Department of Corrections, possibly barefoot or wearing orange sandals, police said on Twitter.

The inmates “decided that they were no longer going to be housed in Yakima County jail and decided to break down the door and leave,” according to a video posted on the Yakima County Sheriff’s Office Facebook page. “Despite the governor’s … stay-at-home order, apparently they didn’t want to do that, so they’re out and about. And we need your help to get these guys back in custody.”

Eight of the offenders were captured Monday and are back at the jail, the sheriff’s office said on Facebook.

Multiple law enforcement agencies are actively searching for the escaped inmates. The sheriff’s office is asking anyone with information about the six remaining inmates to call 509-574-2500.

Correction: Due to incorrect information provided to The Seattle Times, this story initially said 12 inmates had escaped and six had been captured. A Facebook post by the Yakima County Sheriff’s Office corrected those numbers to 14 escaped inmates and eight who had been captured.