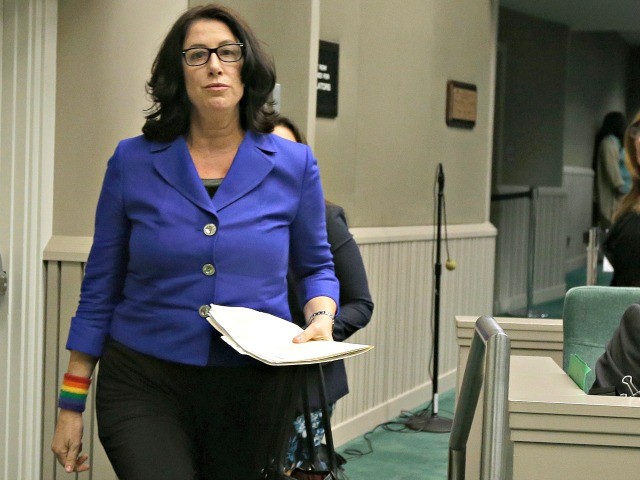 Christine Pelosi, the daughter of House Speaker Nancy Pelosi (D-CA) said on Sunday in response to news Sen. Rand Paul (R-KY) tested positive for coronavirus that his neighbor was “right.” While Christine Pelosi did not specify, it has been interpreted by many she was talking about the man who assaulted the senator last year.

Paul Bedard, a columnist for the Washington Examiner, asked rhetorically, “Which side is nastiest?”

Which side is the nastiest btw? Nancy Pelosi’s daughter: ‘Rand Paul’s neighbor was right’ https://t.co/RLFK8qKezi

Turning Point USA President Charlie Kirk noted, “Rand Paul was just diagnosed with the deadly Chinese Virus And Nancy Pelosi’s daughter, @sfpelosi tweeted: “Rand Paul’s neighbor was right” in reference to the man that beat Senator Paul and sent him to the hospital Will @SpeakerPelosi condemn this?”

Rand Paul was just diagnosed with the deadly Chinese Virus

Will @SpeakerPelosi condemn this?

RT so she can’t ignore!

Mark Meckler, a former national coordinator of the Tea Party Patriots, wrote, “This is truly horrifying.”

This is truly horrifying.

Christine Pelosi: Rand Paul’s Neighbor (who Caused Him to Lose Part of His Lung) was Right https://t.co/Rj2tvKpceW pic.twitter.com/8rotLEIs1W

Paul had lung surgery as the result of his neighbor assaulting him in 2017. Paul suffered multiple broken ribs and contracted pneumonia after being tackled in his yard by his neighbor. Rene Boucher, Paul’s neighbor, later pled guilty in 2018 to assaulting a member of Congress and the court award Paul roughly $580,000 in damages and medical expenses.

House Speaker Pelosi’s office has yet to respond to a comment request from Breitbart News over whether she agrees with her daughter’s comment about Sen. Paul.