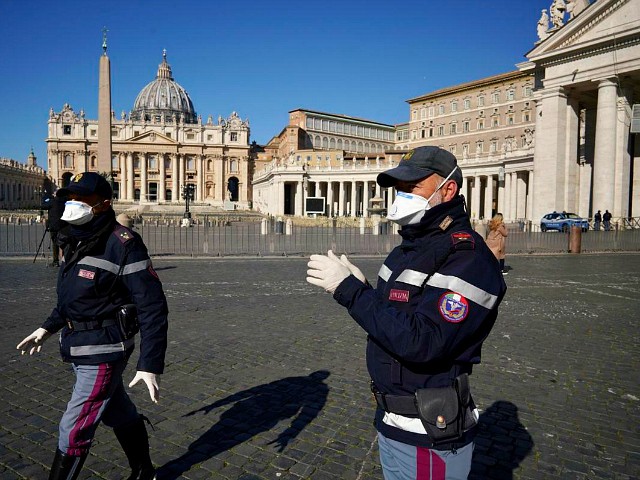 ROME — The Diocese of Rome has issued a new decree partially reversing Thursday’s decision to close all Catholic churches in the city, now ordering that parish and mission churches be reopened.

The new decree, signed again by Cardinal Angelo De Donatis, states that “every precautionary measure in the Church must bear in mind not only the common good of civil society but also that singular and precious good of the faith, especially of the least among us.”

In modifying Thursday’s decree of church closings, which prohibited the faithful from entering any place of worship, the new decree places the responsibility for entering churches on the priests and the faithful themselves. In this way, the new norms seek to “avoid the appearance of a physical prohibition of entry into places of worship,” the text states, “which could create disorientation and a greater sense of insecurity.”

While exhorting the faithful to be mindful of the regulations set forth by the state, and repeating that all Catholics are dispensed from the obligation to attend Sunday Mass until April 3, the decree says that all parish and mission churches are to be reopened to the faithful.

The abrupt change in direction for the Church in Rome followed upon a statement Friday morning by Pope Francis, suggesting that “drastic measures” are not always best.

Earlier this week, the pope said that priests should have the courage to go out among the victims of coronavirus to attend to their physical and spiritual needs.

“We pray to the Lord for our priests, so that they may have the courage to go out to the sick, bringing the strength of the Word of God and the Eucharist, and to accompany health workers and volunteers in this work that they are doing,” the pontiff said on Tuesday.

Rome’s church closings spawned public consternation, with some wondering aloud what had happened to the pope’s image of the Church as a “field hospital” for those in need.