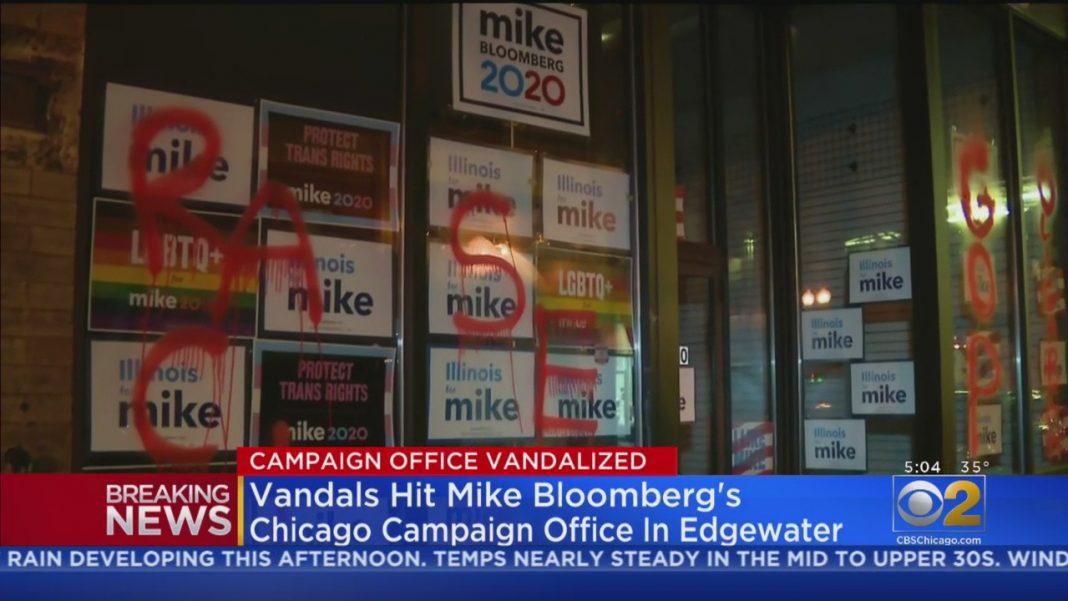 The words “racist” and “sexist” were sprayed painted in red on the front windows at the office on Bryn Mawr near Broadway in Edgewater.

Bloomberg is a Democratic presidential candidate and the former mayor of New York.

The billioniare has been spending heavily heading into the Illinois primary on March 17.

However, in the next primary contest in South Carolina, Bloomberg is not on the ballot and because the state’s primary rules don’t permit write-ins, he won’t receive any votes in the contest.

In the last debate, Bloomberg was attacked over non disclosure agreements regarding allegations from women of workplace misconduct at his media company.

Bloomberg protested that none of the agreements “accuse me of doing anything, other than maybe they didn’t like a joke I told.”

The former New York City mayor has also come under fire for pouring millions of his own money into his campaign, leading to charges he effectively bought his spot in the presidential race and on the debate stage. His past comments about women and his support of policies such as stop-and-frisk and red-lining have also made him a target of his Democratic competitors.