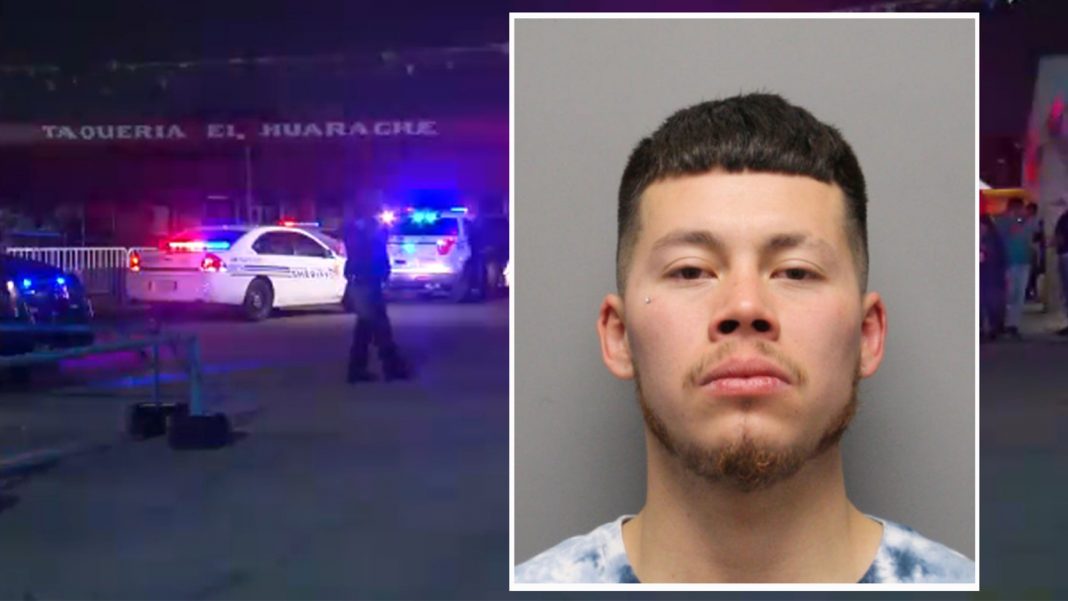 Facebook
Twitter
Google+
Pinterest
WhatsApp
HOUSTON, Texas (KTRK) — A man has been arrested and charged in connection with the shooting occurred on Sunday night at the Sabadomingo flea market at 8712 Airline in north Houston.

It happened in the 8700 block of Airline Drive at the Sabadomingo Flea Market, which was full of families with small children when the incident unfolded.

One party-goer was struck directly in the leg, but police say the bullet went straight through.

That bullet is believed to have ricocheted, leaving six others struck by its debris.

All of the victims went to the emergency room as a precaution.

The suspect was identified as 25-year-old Jose Manuel Guerrero-Reyes. Sheriff Ed Gonzalez added that Reyes was charged with one count of aggravated assault.

Gonzalez said that weapons are prohibited inside the dance hall, as it is typically a family-friendly event.

Reyes allegedly told deputies he had it in his pocket before it slipped, causing the discharge.

‘I Survived the Foxholes of Guam, I Can Get Through This Bulls–‘