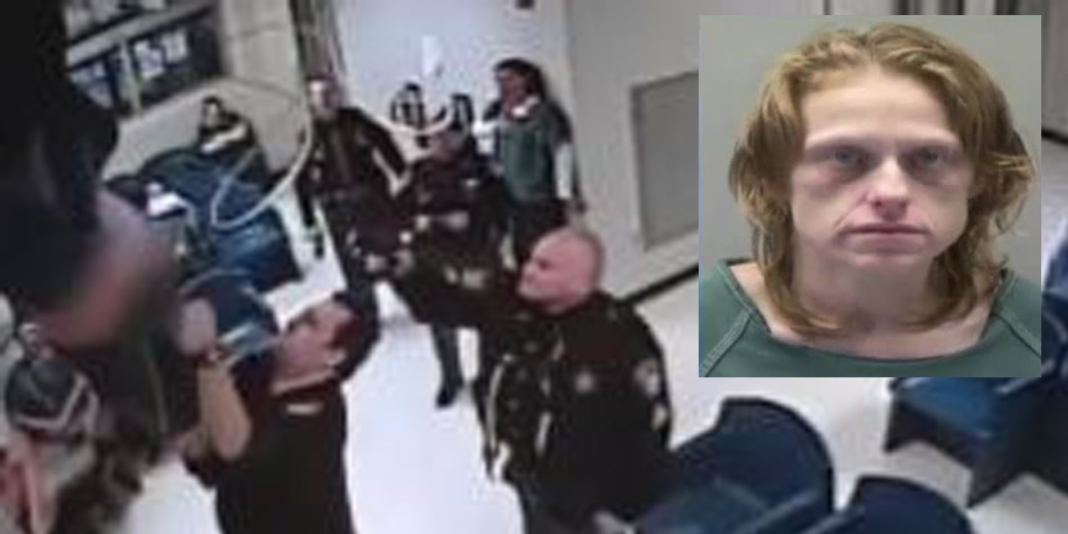 A woman being held in a southwest Ohio jail tried to escape by climbing into the ceiling but instead fell through as guards waited below, reports say.

Surveillance video shows Jessica Boomershine, 42, climb onto a chair in a waiting area of the Montgomery County Jail, WHIO Channel 7 reports. She can be seen in the video slowly pulling her way toward the ceiling.

Other people in the waiting area call the guards’ attention to what’s happening. As they arrive, Boomershine comes crashing through and her legs can be seen dangling down as ceiling tiles are scattered. Guards grab her legs and pull her to the ground, a garbage can breaking her fall.

WLWT Channel 5 reports Boomershine was in jail on charges of kidnapping and assault. She and a male were accused of breaking into a home and assaulting an 85-year-old man in Miamisburg, Ohio. She now has been also charged with escape and vandalism, WLWT reports.

Disaster in motion: 3.4 million travelers poured into US as coronavirus...