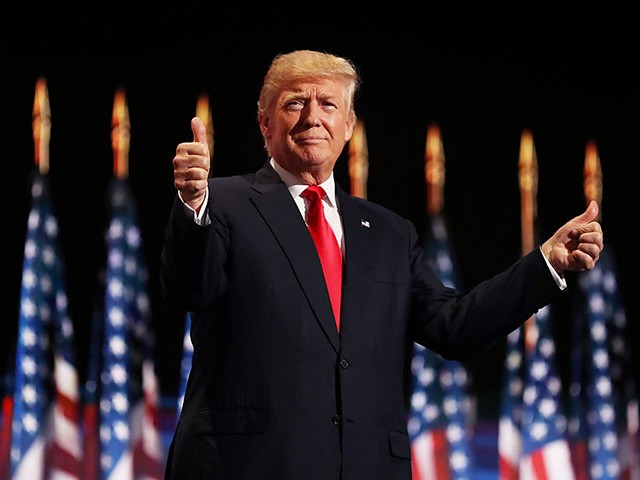 As the article put it, Trump’s injunction to McEntee is, “Purge the ‘bad people’ and ‘Deep State.’”

In fact, since his February 5 acquittal in the Senate impeachment trial, Trump has made quite a few changes, pushing out former Ambassador to the European Union Gordon Sondland, as well as former National Security Council (NSC) aides Alexander Vindman and Victoria Coates. Indeed, Trump has ordered a substantial shrinkage of the NSC, long suspected to be a hotbed of Obama holdovers and leakers.

And just on February 20, Joseph Maguire, acting director of the Office of National Intelligence (ONI) was forced out, in the wake of dubiously reported stories trickling out of Capitol Hill, seeming to indicate that an ONI staffer, Shelby Pierson, had said in a classified briefing that the Russians were looking to help the Trump campaign this year. In other words, if the reports are correct, the whole issue of “collusion” is back in play—and the Democrats will be sure to make the most of it.

In fact, it’s not at all clear what was said, or not said. Even ABC News’s Jake Tapper had to admit, in a string of tweets on February 21, that there might be nothing there:

“What’s been articulated in the news is that the intelligence community has concluded that the Russians are trying to help Trump again. But the intelligence doesn’t say that,” the official says . . . “The problem is Shelby” — Pierson, the elections threats executive in the intelligence community — “said they developed a preference for Trump. A more reasonable interpretation of the intelligence is not that they have a preference, it’s a step short of that . . . It’s more that they understand the president is someone they can work with, he’s a dealmaker. But not that they prefer him over Sanders or Buttigieg or anyone else. So it may have been mischaracterized by Shelby” at the House Intel briefing last week.

In other words, the whole report that the Russians were plotting to help Trump in 2020 could be nothing more than just the usual fake news.

In the meantime, all we know for sure about the ONI case is that Ric Grenell, the U.S. ambassador to Germany, has been named as the new acting head of ONI. Grenell is smart and tough, and so if anyone can begin to ride herd on the Deep State, it’s him.

But of course, the Deep State will fight back.

Indeed, the Deep State has been a subject of great interest to Virgil, who started writing about it back on December 12, 2016; the title of that piece was “The Deep State vs. Donald Trump.” As Virgil put it then, the Deep Statists were looking to run Trump out of office—even before he took office, “The anti-Trumpers will systematically defame and degrade the 45th president with an eye toward paralyzing his effectiveness in office and hopefully making him a one-termer—or less.”

Yes, even then, the anti-Trump forces were trying to make the New Yorker a one-termer, “or less.” It might be recalled that one hot issue back then was the coming vote in the Electoral College, which was needed to formally make Trump the next president.  Yes, of course, he had won the November 8 election, and yet the Electoral College had not yet met to add its official seal.

So in that interim, Democrats, RINOs—and Deep Statists—worked feverishly to see if they could derail Trump in the Electoral College. And one of their early targets, of course, was National Security Adviser Michael Flynn; the hope was that to throw up enough kerfuffle would perhaps persuade Electors to go rogue and vote against Trump.

Virgil quoted one report on Flynn at the time, “‘There’s a real revolt going on,’ said a former intelligence officer of the CIA leaks, citing discussions with former colleagues. ‘They don’t like Flynn and they hate Trump’s guts.’”

In that first 2016 piece, Virgil defined the Deep State:

It’s not just the hulking office buildings of the Federal Triangle in downtown DC, it’s also the taxpayer-funded mini-metropolises that have sprouted up in Bethesda, Maryland, Crystal City, Virginia, and a dozen other hubs in and around the I-495 Beltway. . . . And it includes not only bureaucrats, but also a galaxy of contractors, profiteers, and others in the nominal private sector.

Over the past four years, the Deep State has wielded its power against Trump on a daily basis; that’s why we all know such Deep State-y names as Anonymous and Whistleblower. Indeed, Virgil has written about the Deep State vs. Trump dozens of times.

Yes, it’s a very deep Deep State that Trump, and his new personnel aide, McEntee, are up against. As with the Swamp, the Deep State will not be easily drained. And yet McEntee–described to Breitbart News’s Charlie Spiering as “The ultimate Trump loyalist and exactly the kind of guy, if you support the president’s agenda, that you want to serve in that position”–seems to have exactly the mandate he needs to take bold action.

So now, finally, the draining can begin in earnest.

Patriots Team Plane to Fly 1.2 Million Masks from China to the United States