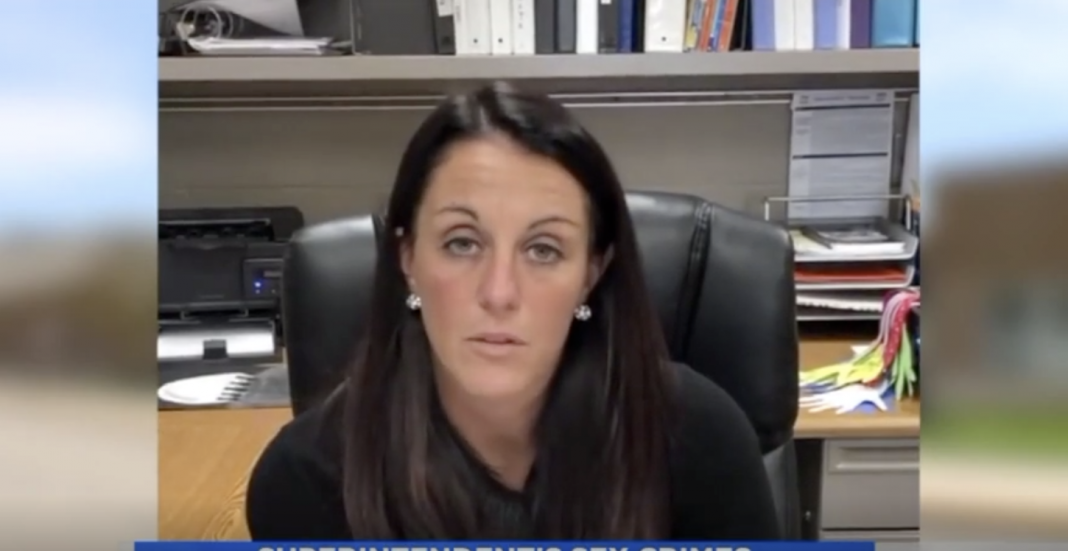 A former Ohio school district superintendent was sentenced Monday to 10 years in prison for having sex with two of her former students when she was a school principal.

“I am so sorry, and I am so sorry from the bottom of my heart to the kids,” said Laura Amero, the former superintendent of the Windham school district in northeast Ohio, as she read from her apology letter during her sentencing.

But Portage County Common Pleas Judge Laurie Pittman wanted to know why the 35-year-old woman, who had previously been principal of Windham High School, did it.

Amero said she thought the issues stemmed from mental health problems, but Pittman wasn’t buying it.

“I can’t understand how this keeps happening with teachers, principals, superintendents,” Pittman said, referring to general cases of sexual misconduct between teachers and students. “You know you’re going to get caught.”

Pittman ordered Amero, of Austintown, to report to prison on April 1, but since Amero is pregnant and due to give birth in the middle of March, she said, she would allow for more time if needed so the baby is not born in prison.

The victims did not make statements during the hearing. Pittman said she had received written statements from them.

Amero resigned from her position as Windham superintendent in June 2019 after she was arrested in April. She began her term as superintendent on Feb. 1, 2019.

She pleaded guilty in November 2019 to two counts of sexual battery, both third-degree felonies, and sexual imposition, a first-degree misdemeanor. Pittman sentenced her to five years on each felony charge, to run consecutively, and an additional six months in jail for the misdemeanor charge, which will run concurrently to the felony charge, for a total of 10 years.

The sentence was the maximum allowed under Ohio law.

Amero will also have to pay a $500 fine and will be required to register as a Tier III sex offender, the most serious type under Ohio law. It requires Amero to check in at her local county sheriff’s office every 90 days for the rest of her life.

Amero previously taught English in Mahoning County and was a curriculum supervisor for Mahoning County Educational Services before joining Windham in 2015 as the junior/senior high school principal.

Amero’s attorney, Joseph Gorman, argued that Amero should have been placed on community control sanctions. He pointed out that Amero had confessed what she did to law enforcement when they asked her, that Amero had sought counseling and was continuing to receive mental health treatment, which she would lose if she went to prison.

However, prosecuting attorney Connie Lewandowski said Amero is a well-educated, intelligent person from a good family, but she had come to the positions she had “from deceit.”