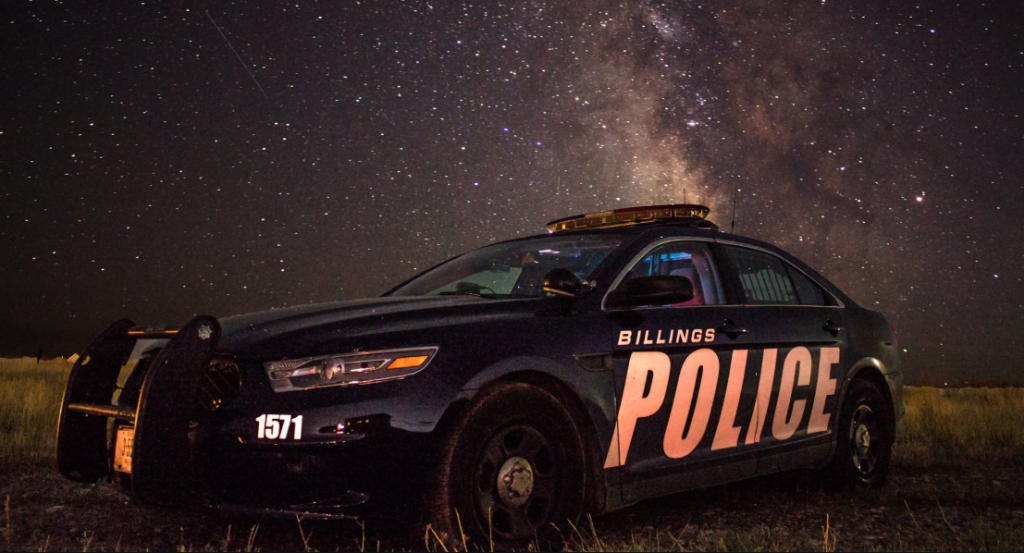 A Montana police officer was seriously injured after being run down by a car full of teenagers.

The incident occurred in Billings shortly after 1 a.m. on Feb. 15 after officers cornered a vehicle that had evaded authorities multiple times that evening.

While officers were giving commands to the vehicle’s occupants, the driver accelerated toward the officers, hitting one.

“The vehicle struck a BPD officer causing serious but non-life threatening injury,” Billings Police Department Lieutenant Brandon Wooley said in a press release. “The officer was transported to a local medical facility by ambulance for injuries requiring surgery. The officer, who will not be identified at this time, is 35-years-old and a six-year veteran of the BPD.”

The vehicle fled the scene before crashing nearby. The occupants, five females between ages 13 and 16, and the driver, a 14-year-old male, were apprehended after attempting to flee from the crash scene on foot.

The driver was arrested and charged with attempted deliberate homicide. He was put into the custody of youth services.