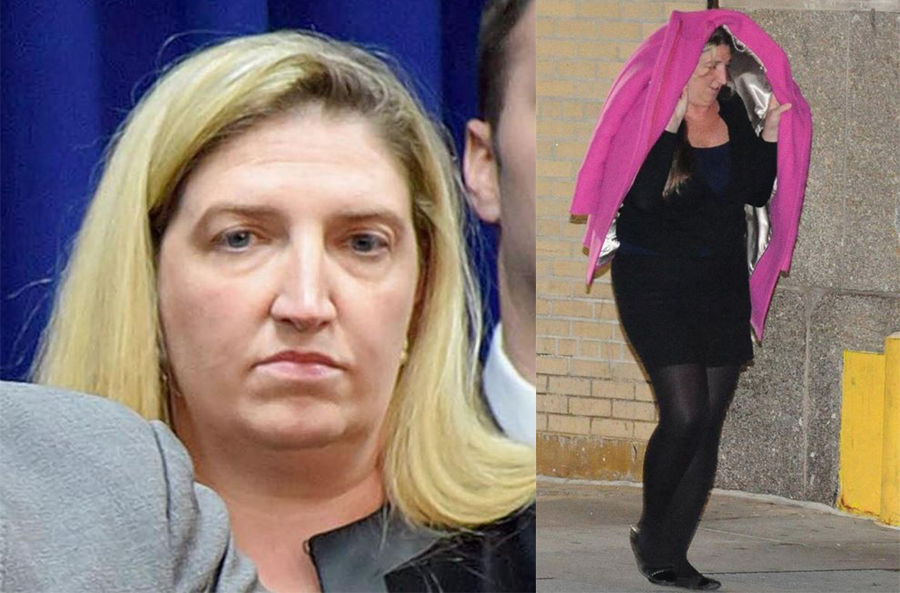 A former Brooklyn prosecutor is headed to federal prison after she was found guilty of forging wiretap orders so she could listen in to the conversations between her ex-lover and a colleague, and now the city is offering $5.5 million to settle three lawsuits stemming from the case.

According to the NY Post, Tara Lenich will spend the next year in federal prison for her abuse of power.

She was found guilty of cutting and pasting judges’ signatures on wiretap applications in order to listen in to calls and read texts between NYPD Detective Jarrett Lemieux, who Lenich had a prior relationship with, and her co-worker Stephanie Rosenfeld.

Lenich forged the wiretap orders for nearly 18 months and collected more than 700 calls and texts between Lemieux and Rosenfeld.

Both Lemieux and Rosenfeld are married with children and have never confirmed that they had an affair with each other.

Lenich did confirm that she and Lemieux had an affair after becoming romantic while working together on a case in 2014.

Rosenfeld says she had to quit her job because of “water-cooler” talk about her and Lemieux. The city is offering her $1.4 million to settle her case.  Lemieux is being offered a little less than $1 million for his, and there is a third class-action suit against the city that it is trying to settle for just over $3 million.