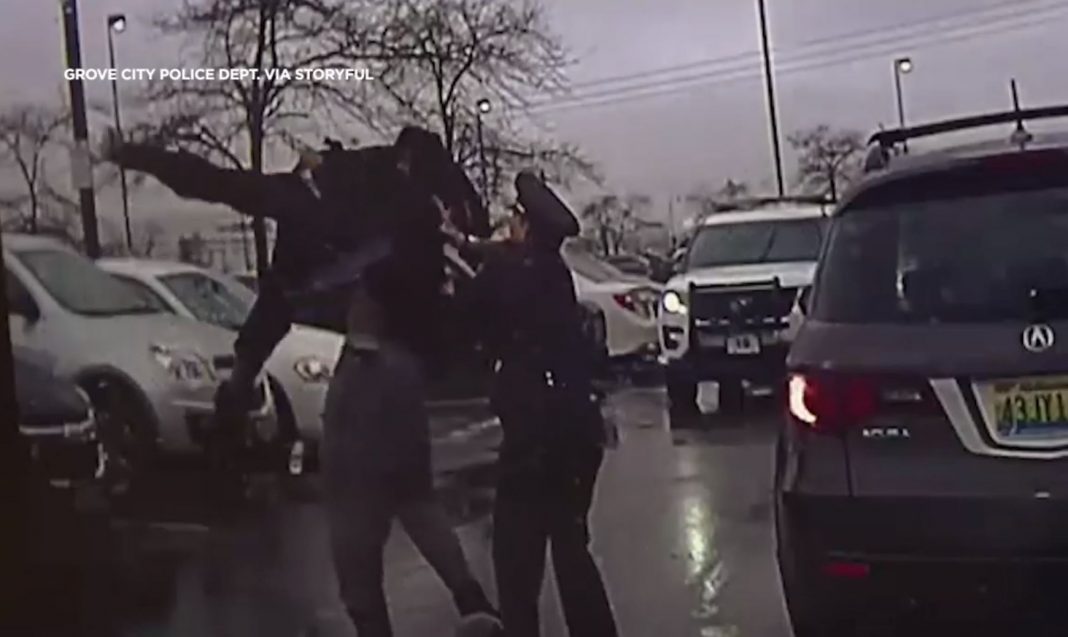 EKU player Michael Harris, who enrolled earlier this semester, was drunk at the time of the incident, which took place on Monday.

On dash camera footage, the footballer was seen wandering around, intoxicated and unaware where he was.

Called in to handle Harris, the officers attempted to take him into custody and one was subsequently picked up before being slammed into the ground.

Eventually more officers were called in to subdue Harris.