Home Conservative Life Oprah Winfrey’s 2020 Is Off to a Terrible Start. Is Her Empire... 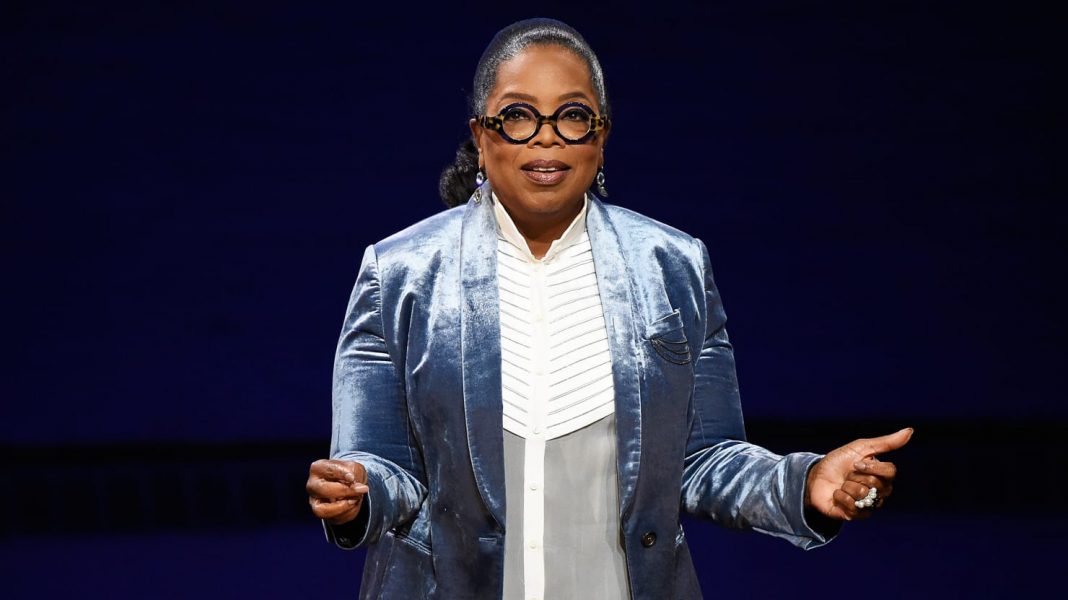 What, in particular, should we expect from Oprah Winfrey?

As a rags-to-riches businesswoman who has profited enormously from turning the pain of others into public spectacle—and who herself suffered the trauma of sexual abuse as a child—Winfrey, as she emphasized last week in an interview on CBS This Morning, “can’t be silenced.” Her voice echoes through the hallowed halls of self-help and commercialized female empowerment, beckoning fans and skeptics alike on a journey to “live your best life.”

Now that her daytime show is over, she uses modern media to disseminate her message—podcasts, Instagram posts, and SuperSoul Sunday broadcasts on her TV channel, OWN. When she delights over her summer harvest, picked by workers at her sprawling California, ranch, it is as if she is spreading the joy of fresh heirloom produce to the masses. Winfrey, in her bounty and variety, epitomizes the American Dream mythology with a black female twist: If she can pull herself up from the depths of diminishment to the heights of black-billionaire status, then why shouldn’t we listen to her?

But Oprah has never been far from criticism, and her year has been off to a horrible start. She’s now under fire for two not entirely unrelated controversies. Last month, just before its Sundance premiere, she pulled out of On the Record, a documentary detailing sexual-misconduct allegations against music mogul Russell Simmons on which she served as an executive producer; Winfrey cites gaps in the research and context in the film as the reason for her departure. In a subsequent interview with best friend Gayle King on CBS, she insisted she “unequivocally believe[s] and support[s] the women” accusing Simmons of rape and other forms of sexual misconduct; it was, she has explained, creative differences and opposing editorial standards that led her to walk away. Ultimately, Winfrey did not want her name on a documentary that did not satisfactorily incorporate her creative vision.

While the doc’s directors and subjects responded with disappointment in Winfrey’s decision, they did express relief that Oprah is still affirming the truth of their stories. Still, by dropping out, Winfrey forced the filmmakers to search for distribution with another platform, since her deal with Apple TV+ would no longer apply. The documentary will premiere instead on HBO Max.

Oprah’s other raging controversy is her selection of American Dirt, a U.S.-Mexico border-migration narrative by white American author Jeanine Cummins, for her famous book club. The novel has come under fire since its Jan. 21 release for what critics—many of them non-white and/or Latin writers—identify as its stereotypical descriptions, bizarre insertions of italicized Spanish, exoticizing of brown-skinned characters, and, as Tina Vasquez explains in the Boston Globe, the disproportional choice of choosing the migrants in the story be from a middle-class Mexican family rather than a poor Central American one. (Central Americans, many of whom have indigenous and/or African ancestry, make up the majority of those who have risked their lives crossing the U.S.-Mexico border to seek asylum and found themselves detained and separated from their families under the Trump administration.) These decisions by Cummins, who has identified as white and, recently, Latinx (she has a Puerto Rican grandmother), reek of a text postured for the white, Western imagination, leading to the eruption of a complex conversation about how (or whether) an outsider can tell these stories.

To writers like Jose Antonio Vargas, who is undocumented, and Myriam Gurba, Winfrey’s decision to celebrate American Dirt—which has made Cummins rich (publisher Flatiron Books purchased it for a sum in the seven-figures)—is a grave misuse of incredible influence. And to those upset by her decision to step down from the Simmons doc, such as actress and comedian Mo’Nique, Winfrey’s decisions about where and how to allocate her resources have always been shrouded in cynicism. On one hand, I understand and empathize with these feelings of disappointment and anger: Winfrey has made a name and fortune for herself as a moral figure, a vessel of wisdom just waiting to burst during our regularly scheduled programming. A wide cross-section of liberal, moderate, and apolitical people look to her for lifestyle advice and good sense; that’s why her book club and chosen productions still hold weight all these years on—and why her business decisions have the tremendous capacity to greatly offend.

“Winfrey has made a name and fortune for herself as a moral figure, a vessel of wisdom just waiting to burst during our regularly-scheduled programming.”

However, the idea that Cummins’ novel, by its very nature, doesn’t belong in Oprah’s Book Club is a fantasy. In fact, as a bestselling commercial hit that will likely please not only the white liberal reading public, but unexamined fairy tales alive in the minds of all kinds of sympathetic Americans, American Dirt is perfectly geared to Winfrey’s project and audience. And it’s also that project and audience that demand her absolute creative control—if the Simmons doc wasn’t going to bear her journalistic mark, she could not lend her brand name to it. We can debate the details of Winfrey’s decision-making in a vacuum, excluding the role of capitalism and its ensuing cultural dominance, but that would continue to miss the point: Oprah is in the billion-dollar business of collective righteousness, which excludes her from any meaningful political solidarity (besides that of wealth).

In fact, this is a position shared by many wildly successful businesspeople—from daytime-TV hosts to wellness gurus to megachurch pastors—as well as certain non-rich, performatively objective members of the professional class—like professors, pundits, and broadcast journalists—of which I am part and Winfrey used to be. In this sphere of influence, principles are secondary to strategies, though the two are easily confused. This is not to say that no one should bother criticizing Winfrey, who does hold significant cultural influence, but that her empire is precisely branded to give its consumers the illusion of action and solidarity, when in fact all they are participating in is the time-honored American tradition of big profit.

The question then becomes, how much attention should we pay to yet another absurdly wealthy businessperson conferring their extracted resources to other rich people and away from what we may believe are worthier projects?

Well, there are—it must be said—strategies: Go to the source. What you’re angry about isn’t your good friend making a bad choice (unless this is Gayle reading this, Oprah is not your friend); it is the outsize influence of corporate dollars over every aspect of our lives. When we leverage arguments against corrupt and cynical systems, it’s important not to get lost in the charisma and nostalgia of representative figures we’ve been conditioned to adore, but to challenge the very structure of their influence.

I’m glad Oprah, a black woman, found joy and purpose after a traumatic childhood, but I refuse to look to her empire for justice and fairness in the arts or otherwise.

Trump may not leave White House if he loses

Trump may not leave White House if he loses