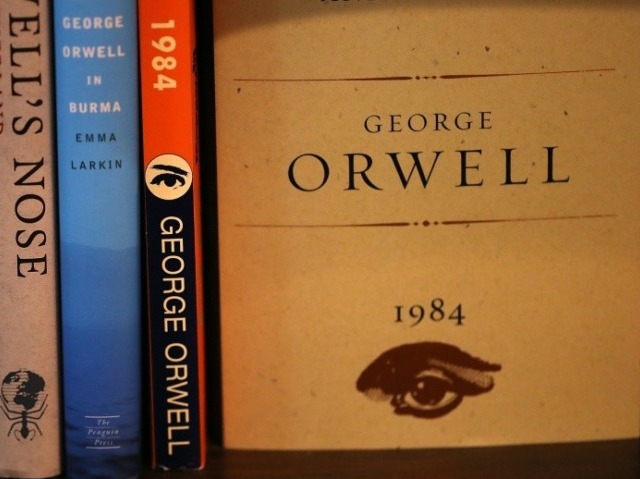 The magazine Psychology Today removed a column on Orwellian language from Rutgers Professor Lee Jussim after it had already been published. The piece mocked the creation of new words that Jussim argues leads to “much discourse, rhetoric, dysfunction, and bias in academia and psychology.”

Rutgers Professor Lee Jussim, who also serves as the chair of the Rutgers Psychology Department, published a column in Psychology Today that mocked the dystopian use of language by many leftist academics.

Jussim’s column was inspired by an article by a leftist academic that insisted that words like “mansplaining” should be added to the average person’s vocabulary.

In this essay, I introduce a slew of neologisms—new words—to capture the tone and substance of much discourse, rhetoric, dysfunction, and bias in academia and psychology. It’s partly inspired by an article entitled ‘Lexicon for Gender Bias in Academia and Medicine’ by Drs Choo and May in the British Medical Journal (BMJ), although that one was coming at this from a different perspective. They argued that “mansplaining” was just the “tip of the iceberg” and so coined terms such as “Himpediment,” defined as a “man who stands in the way of progress of women.”

The column, “An Orwelexicon for Bias and Dysfunction in Psychology and Academia,” consisted of words created by Jussim to mock postmodern academics.

Marxism denialist: Someone who conveniently ignores or forgets that Marxism/communism has been a brutal disaster whenever it has achieved national hegemony, or argues “it was not real Marxism,” or dismisses the relevance of that brutal history. These symptoms are usually accompanied by camouflaging Marxist ideas/ideology in social science neologisms e.g., “system justification theory.”

Nazinoia: A delusional tendency to see Nazis as hiding behind ideas or practices one opposes, and by accusing anyone to the right of Bernie Sanders of being Nazis, fascists, white supremacists, or alt-right.

The removal was Jussim’s was highlighted by Quillette editor-in-chief Claire Lehmann, who picked up Jussim’s column and published on Quillette. Lehmann noted that Jussim’s column was removed from Psychology Today less than 24 hours after it was published.