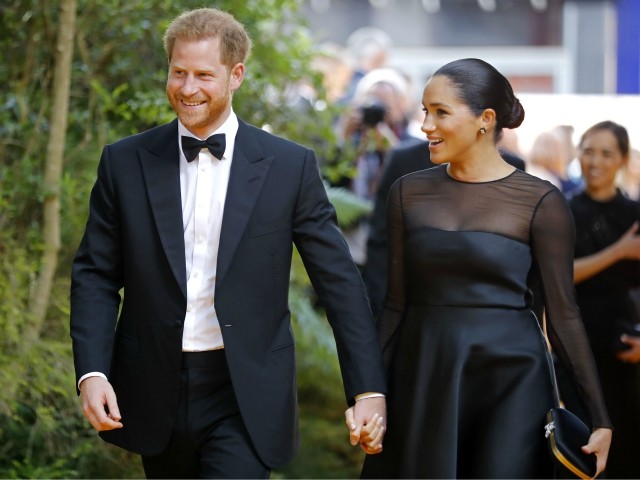 After announcing their intention to leave the United Kingdom, the pair unveiled an agreement with Harry’s grandmother, Queen Elizabeth II, this weekend that will remove their titles of “Royal Highness” and cut off their access to public funds.

“The Duke and Duchess of Sussex are grateful to Her Majesty and the Royal Family for their ongoing support as they embark on the next chapter of their lives,” read a statement from Buckingham Palace.

“As agreed in this new arrangement, they understand that they are required to step back from Royal duties, including official military appointments,” it continued. “They will no longer receive public funds for Royal duties.”

With the couple now free to pursue and profit from their own commercial interests, many have speculated that they could sign a deal with a streaming giant such as Netflix like the Obamas, who signed a multi-million dollar agreement with Netflix in 2018 to produce films, series, documentaries, and other original content.

The Press Association reported that it asked Sarandos at an event in Los Angeles this weekend whether Netflix would be interested in striking a similar deal the Meghan and Harry, to which he responded: “Who wouldn’t be interested? Yes, sure.”

Markle, who rose to fame through her lead role in the legal drama Suits, has already signed a voiceover deal with Disney in return for a donation to an elephant charity. Last week, a video on social media even appeared to show Harry highlighting his wife’s talents and interest to Disney CEO Robert Iger during the European premiere of The Lion King in July.

“You do know she does voiceovers?” Harry is heard saying. “I did not know that,” Iger replied, to which Harry responded: “You seem surprised. She’s really interested.”