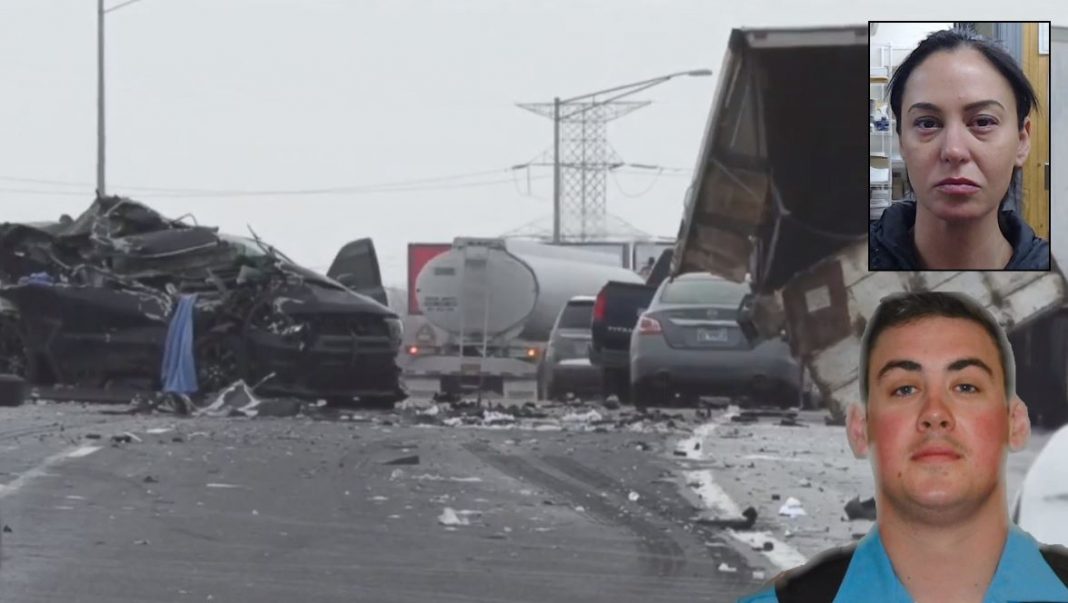 An off-duty police officer was killed and another was charged with driving under the influence after the car they were traveling in crashed into an accident scene on a highway in Illinois.

Zilka, 35, who was driving a Dodge SUV, did not slow down or change lanes as the vehicle approached an accident scene involving two trucks that had occurred a short time prior. The Dodge SUV slammed into one of the box trucks.

Schauer, 33, was pronounced dead at the scene. Zilka was transported to a hospital with non-life-threatening injuries and later arrested and charged with DUI.

“The subject from the Dodge Durango was not breathing … another subject was unconscious and another accident happened right in the area,” an official told ABC News Chicago.

“The City of Berwyn Police Department is grieving the loss of a well-respected Police Officer, Charles Schauer, a ten year veteran,” the Berwyn Police Department said in a Facebook post. “Officer Schauer was a passenger in a vehicle that was in an auto accident in Will County. The accident investigation is being conducted by the Illinois State Police. Our thoughts and prayers are with the Schauer family during this time of need.”

Zilka’s criminal defense lawyer Jeff Tomczak told Patch, “I can’t say how sad she is. She is completely and totally devastated. It’s beyond my ability to express it.”

Tomczak also disputed whether his client was intoxicated.

The Illinois State Police said the investigation will continue.