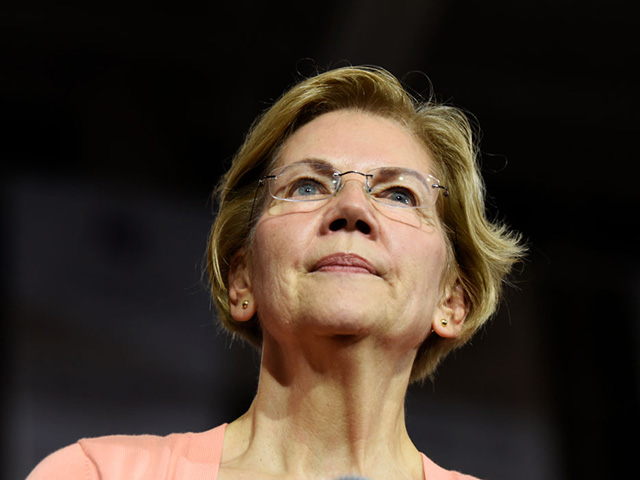 Sen. Elizabeth Warren’s (D-MA) campaign declared in an ad released on Tuesday that President Trump “fears” her most.

“He fears Elizabeth Warren most,” the ad’s narrator states, followed by a collection of clips from political anchors and commentators from CNN and MSNBC, who supposedly back up that assertion:

“The Trump campaign is internally somewhat concerned about her,” one states.

“They see her as a threat,” another says, with one adding, “He’s also a little bit nervous about Warren because she does have an economic populist appeal that appeals to some voters that voted for him.”

“He’s done everything he can for the wealthy and well-connected,” Warren claims in the ad as a clip of Trump signing the tax bill flashes across the screen.

“I’m going to beat him and be a president who works for you,” she promises.

Similarly, former Vice President Joe Biden (D) has claimed that Trump fears him the most.

“He’s afraid of just how badly I would beat him next November,” Biden stated in Reno, Nevada, last October.

But we never could have imagined that it would turn into, that Donald Trump would be asking a foreign government to get involved in our elections, and I think, you know, Donald Trump has shown us who he is, and this has been a real distraction.

“And I think it just proves that he’s afraid to run against my husband, Joe Biden,” she added.

Sen. Bernie Sanders (I-VT) has also claimed the same, stating last April that Trump is “scared of our campaign.”

Six candidates face off in Nevada

Bloomberg Repeatedly Praised Trump Ahead of 2012: ‘I’m a Big Fan’