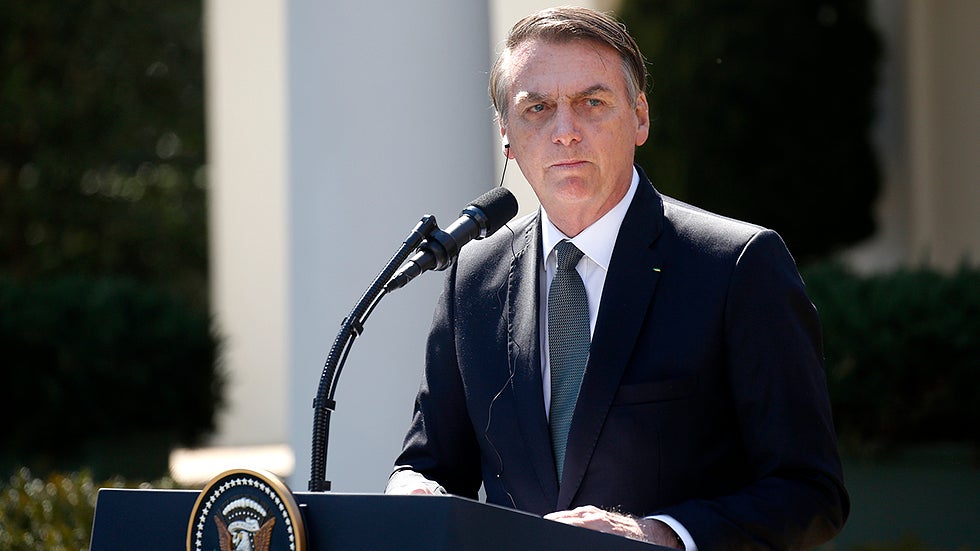 Brazilian federal prosecutors on Tuesday charged American journalist Glenn Greenwald with cybercrimes over his role in the publication of articles based on leaked cell phone messages from Brazilian government officials.

The New York Times reported that prosecutors accused Greenwald, who is the co-founding editor of The Intercept, as being a member of a “criminal organization” that hacked into phones of Brazilian officials last year.

In a statement Tuesday, Greenwald strongly pushed back against the charges.

“Less than two months ago, after examining the same evidence cited today by Brazil’s Public Ministry, the Federal Police stated that not only have I never committed any crimes in my contacts with our source, but also that I exercised extreme caution as a journalist,” Greenwald said.

New: In statement, @ggreenwald says the accusation “is an obvious attempt to attack a free press in retaliation for the revelations” reported in The Intercept pic.twitter.com/YSIK4UIgqK

He added that the new accusation “is an obvious attempt to attack a free press in retaliation for the revelations we reported about Minister Moro and the Bolsanaro government.”

These phone conversations were published as part of a series by The Intercept, with the stories raising concerns about corruption within the Brazilian government, including the possibility that Moro had worked to shield Bolensaro’s son, federal Sen. Flávio Bolsonaro, from scrutiny from an anti-corruption investigation.

Moro subsequently announced that four individuals were arrested for allegedly hacking the phones involved and leaking information to The Intercept and to Greenwald.

At the time of Bolsonaro’s comment, Greenwald described Bolsonaro as “a wanna be dictator,” and pushed back against Bolsonaro’s claims that Greenwald had married his husband, who is Brazilian, and adopted two children in Brazil in order to not get deported.

Jeremy Scahill, the other co-founding editor of The Intercept, tweeted on Tuesday that the charges brought against Greenwald were “despicable, dangerous, and a crime against journalism.”

This is despicable, dangerous and a crime against journalism. https://t.co/ap5rbvuH1O via @NYTimes

Freedom of the Press, a group that Greenwald is a founding board member of, tweeted that the accusations “cannot be allowed to stand.”

“These sham charges are a sickening escalation of the Bolsonaro administration’s authoritarian attacks on press freedom and the rule of law,” Freedom of the Press Executive Director Trevor Timm wrote. “We call on the Brazilian government to immediately halt its persecution of Greenwald and respect press freedom.”

Our response to Brazil’s charges against our founding board member Glenn Greenwald: pic.twitter.com/POlLXU0jR8

Greenwald has written extensively about the Brazilian government, with his most recent column diving into Bolsonaro’s firing of Culture Minister Roberto Alvim last week for recording and publishing a speech on Brazilian art with strong Nazi ties.

In June of last year when The Intercept began publishing stories based on the leaked phone calls, the publication wrote in a post explaining the series that recordings and other sources “reveal serious wrongdoing, unethical behavior, and systematic deceit about which the public, both in Brazil and internationally, has the right to know.”