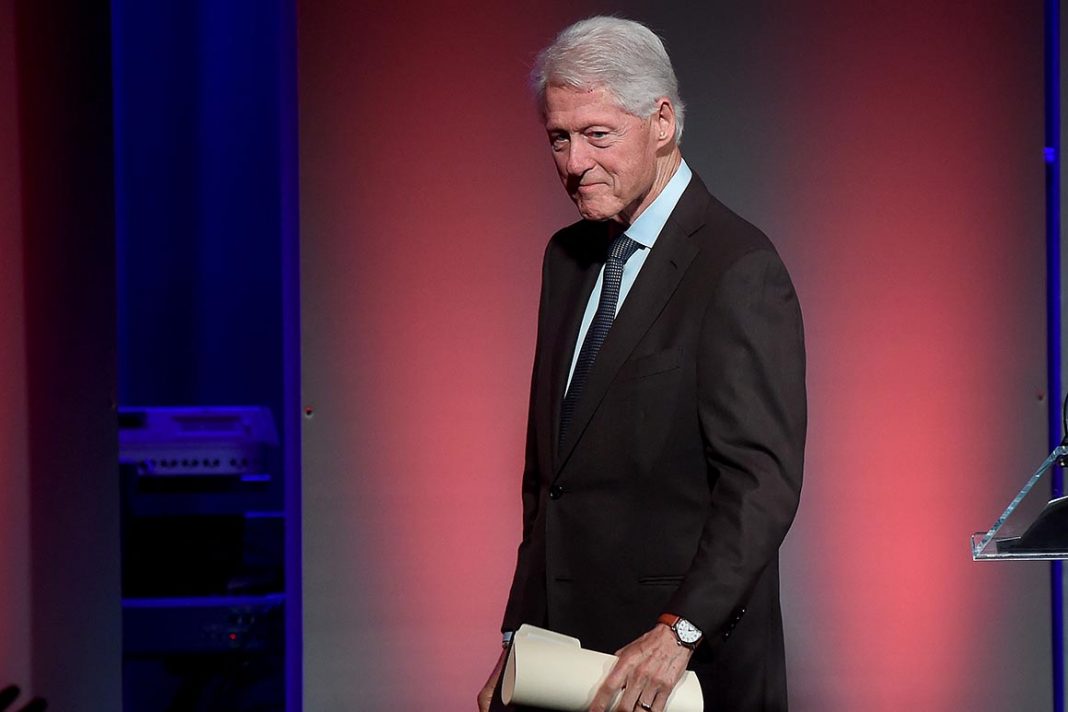 Senate Majority Leader Mitch McConnell has used Clinton’s trial to support his case for running the upcoming Senate impeachment trial — that a decision on whether to call and question witnesses should occur only after each side makes its opening presentations. He and other Republicans have noted that in 1999, senators voted 100-0 on a rules package that deferred the vote on witnesses till after opening arguments.

But House Speaker Nancy Pelosi has portrayed the lessons of the Clinton impeachment in a very different light.

Earlier this week, the California Democrat released a side-by-side chart illustrating the differences in how the two presidents handled their respective defenses. While Trump blocked the release of documents and testimony from a dozen key witnesses, including nine who got subpoenas, Clinton allowed his investigators full access to the materials they sought.

Rhode Island Democratic Rep. David Cicilline, a member of the Judiciary Committee that drove the Trump impeachment, has drawn another contrast between the two cases. He noted this week that during the Clinton case, South Dakota Sen. Tom Daschle, the Senate’s top Democrat at the time, refused to speak to the White House about its defense strategy. This time around, McConnell has worked in lockstep with the White House, and made no secret about it.

Another factor driving the Clinton impeachment rehash: the words of the members of Congress themselves who held office back more than two decades ago.

A quarter of the current Senate served in Congress during the Clinton impeachment — 15 as senators and 10 more who back then were in the House. The current House also has 55 members who were in office when the chamber voted in December 1998 to seek Clinton’s ouster.

The internet hive mind and political activists have been rooting around for anything that could be used to indicate hypocrisy.

Liberals have resurfaced this old clip from Maine GOP Sen. Susan Collins, in which she backed the Senate’s consideration of new witnesses and evidence. Similarly, Sen. Sheldon Whitehouse hit his colleague Lindsey Graham, a staunch Trump defender as chairman of the Senate Judiciary Committee, over rediscovered footage showing him arguing about the need for witnesses during Clinton’s trial.

“That was then, this is now?” the Rhode Island Democrat mused.

Meanwhile, conservatives found footage of Pelosi criticizing Republicans’ Clinton impeachment process for “any and all grievances anybody ever had with the president.” Rep. Doug Collins, the top Republican on the Judiciary Committee, also tweaked panel chairman Jerry Nadler in September by resurrecting his 1998 comments warning that impeachment would “divide a nation for years to come.”

In 1998, Democrat Nancy Pelosi blasted using impeachment for “any and all grievances anybody ever had with the president” pic.twitter.com/aKYrlN1kln

On TV and at news outlets across the country, the Clinton nostalgia has led to a scramble to find even seemingly tangential players.

There are people like Susan McDougal, the former Bill Clinton business partner, who popped up in March 2018 to talk about her decision to go to jail rather than testify before a grand jury. Her choice was suddenly relevant again after a former Trump campaign aide had threatened to do the same thing.

There are even people like disgraced former Illinois Gov. Rod Blagojevich, who is serving a 14-year prison sentence for trying to sell Barack Obama’s Senate seat. Blagojevich found a home to publish his take on the president’s impeachment because he’d once served in the House and voted against impeaching Clinton.

Figures who were actually central to the Clinton impeachment process are even more in demand.

Former Rep. Bill McCollum of Florida was one of the Republican House managers who made the case for removing Clinton on the Senate floor. He’s recently made the rounds in the media and on multiple podcasts to describe the “intimidating” moment of presenting his argument.