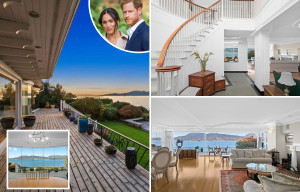 PEOPLE have less sex after the Pope visits a town, a study suggests.

Abortion rates usually fall by a fifth for up to 14 months after a papal visit but the birth rate stays the same.

So either couples have less sex or they use more contraception, say experts.

Abortion is deemed a sin by the Catholic church. Contraception is also against religious teaching but is usually seen as the “lesser of two evils”.

And UK researchers found whenever the Pope explicitly mentioned the “unholy” procedure of abortion in his speeches, the abortion rate fell twice as much as otherwise.

Normally fewer abortions would mean more births. But the birth rate stayed the same — meaning couples either used contraception or abstained from sex.

Scientists led by a University of Brighton team looked at 129 official visits made to 85 Italian provinces by Popes John Paul II and Benedict XVI between 1979 and 2012.

It does not include visits by Pope Francis, who became head of the Catholic church in 2013.

Study co-author Dr Egidio Farina, of Queen’s University Belfast, said: “The research finds a decrease in the number of abortions starting from the third month until the 14th month after the visit of a Pope.

The decrease seems to be driven predominantly by a reduction in unintended pregnancies as women choose abstinence, increase their use of contraception or a combination of both, after a visit.”

It is thought to be the first study of its kind to measure the effect of the Pope’s visits on abortions.

Missing boy, 6, found at 4am sitting near M1 roadworks after 9-hour search

Boy, 18, who appeared on Supernanny as an unruly toddler raped and choked woman

Popes John Paul II and Benedict XVI mentioned abortions in a quarter of visits during the period.

The team also found that the Pope influenced sex much more than churchgoing.

Previous studies found women go to church more often for three months after a visit — with no increase for men.