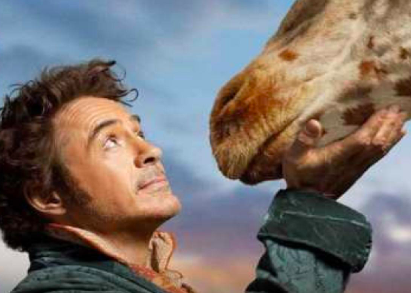 Cinemagoers are walking out of Dolittle in shock thanks to a climactic scene that viewers can’t quite believe made it into the film.

The new release, which stars Robert Downey Jr as the veterinarian who can talk to animals, has been panned by critics who called it “horrible” and a “disastrous mess”.

Unsurprisingly, the film – which cost $175m to make – is tanking at the US box office. It’s estimated to gross just $29m in its opening four days.

Sharing the full story, not just the headlines

Those who have ventured out to see it, though, have been sharing details of an eyebrow-raising climactic scene.

“The climax of Dolittle is literally him pulling bagpipes out of a dragon’s clogged a**hole, after which a polar bear voiced by John Cena exclaims ‘teamwork makes dreams work,’” one viewer wrote on Twitter.

In case anyone was worried that this tweeter was fabricating the moment, other viewers expressed their shock over the scene’s inclusion on social media.

“There is an actual scene where they encounter a dragon and have to perform emergency surgery by going up its ass and removing bagpipes,” someone else wrote, with another adding: “Wtf did I just watch.”

“I don’t care that this is a spoiler, but Dolittle ends with him pulling a lodged bagpipe out of a dragon’s anus (that seriously happens, I’m not joking), don’t take your kids to see that movie!”

Find a collection of tweets below.

Dolittle – written by Stephen Gaghan, Dan Gregor, Doug Mand and Chris McKay – is released in the UK on 7 February.