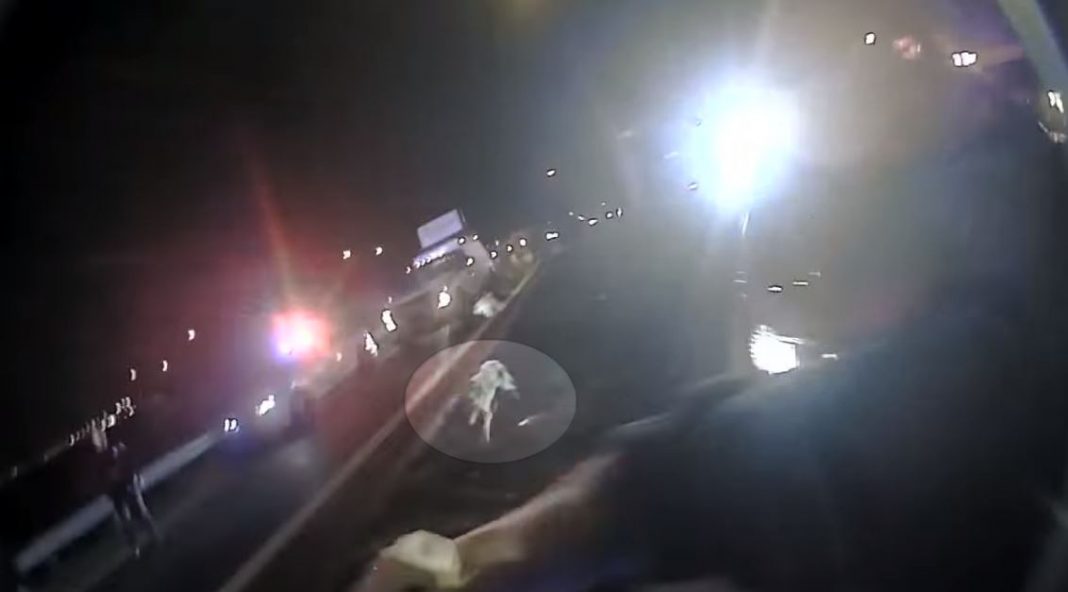 Yet another coyote attack has been reported in the Midwest, and this time it involved a Ohio cop who pulled over on Interstate 70, according to WBNS and other news outlets.

Columbus city police told WBNS the officer was bitten about 7 p.m. Thursday near the Hamilton Road exit, as tried to stop a coyote from attacking a state road worker and a stranded motorist, the station said.

It marks the third time in two weeks days that a coyote attack has been reported in the Midwest, including two Jan. 9 in Chicago, according to The Associated Press.

The Columbus police officer, who sustained a leg wound, was identified as Jim Tripp by the Columbus Dispatch.

“When the officer got out, the coyote literally came out of nowhere and attacked him, unprovoked,” Sgt. James Fuqua told the Dispatch. “All he could do was punch it to defend himself.”

The coyote fled, but returned from nearby woods when police backup arrived to aid the wounded officer, WCMH said. The officers tried and failed to stop the coyote with a taser, then resorted to shooting and killing, the station reported.

Tripp was “in stable condition” at a hospital, WSYX said.

Investigators will test the coyote for rabies infection, the Dispatch said. The contagious disease is known to make animals such as coyotes more aggressive.

Encounters with coyotes in cities and suburbs across the nation are considered rare, according to the Human Society of the United States. Only two fatal attacks have been recorded in the U.S. and Canada, the society says.

However, coyote interaction with humans is on the rise, largely due to the canines expanding their range in growing cities, reports the Urban Coyote Research Project.

The two attacks reported last week in Chicago involved a boy “bitten in the head” and a man who told hospital staff he had been bitten “on his behind” by a coyote, the Associated Press reported.

There have been multiple non-fatal coyote attacks in North Carolina in the past three years, including two in Davie County involving children. In March 2018, a 9-year-old girl was attacked on her porch and in May 2018, a father and daughter were bitten in their backyard, the Charlotte Observer reported in May.

A rabid coyote was killed north of Charlotte, N.C., in February 2018, after it was filmed attacking the vehicle of a family in Huntersville.