Home Blue Lines KCK officer filmed asleep behind the wheel while in a lane of... 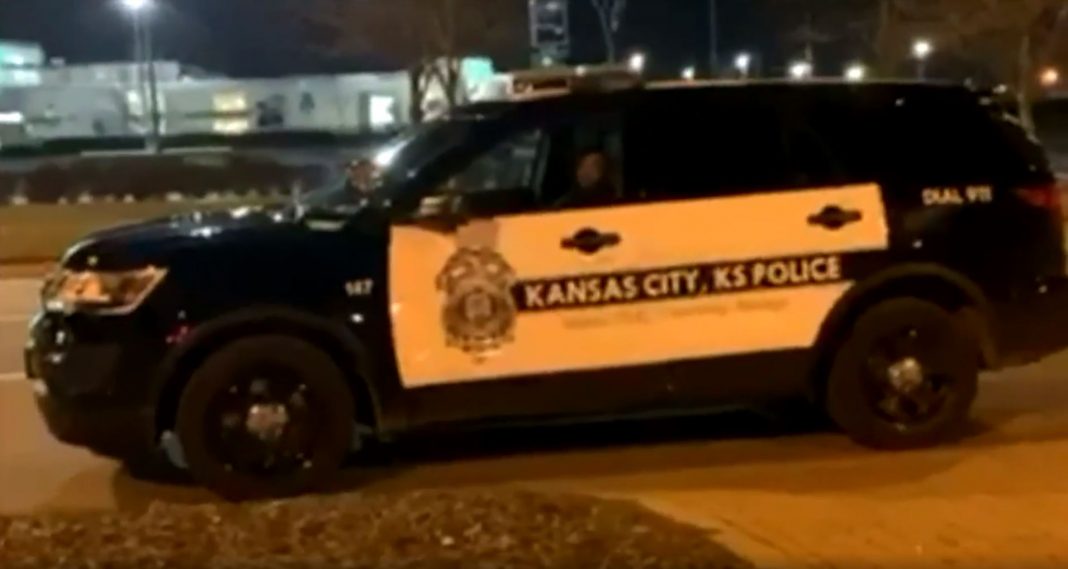 A police officer on the Kansas side of Kansas City side has caused a bit of a problem for his department after he fell asleep at the wheel in the middle of traffic.

The KCPD officer was on duty at the time and drew the attention of a concerned citizen, who, after confirming the officer was okay, was somewhat upset that the officer chose to snooze in an active traffic lane.

“My concern went to a little bit of frustration because I felt like he is here to protect and serve us and that’s why I started the video,” LaMar Lynch said. “I circled around to confront the officer. I wanted to hold him accountable.”

The officer attempted to brush off the incident, claiming he was waiting for someone to drop by.

“Why are you dead sleep in the traffic lane?” Lynch asked.

“I’m on break man,” the officer sleepily replied. “I’m waiting on somebody.”

“What about all that parking lot over there?” Lynch pressed on. “What if somebody is not paying attention? They are going to hit you right in the back of your car.”

The officer then mentioned something about doing work for “Sporting,” potentially in reference to a nearby outfitters store.

Lynch continued to express concern for the officer’s safety, noting that he could be struck by another vehicle.

The KCPD (Kansas) released a statement on the matter, and confirmed an investigation was underway.

“The Kansas City, Kansas Police Department was made aware of a video post on Facebook involving one of our officers,” read a statement provided to FOX 6. “We will not be making any further comments on this incident as it is being addressed as an administrative investigation. The Police Department has a hotline (913.573.6373) where citizens can call to report any type of police misconduct. The Department welcomes complaints from all citizens and encourages anyone with any issue to call either the hotline or the Internal Affairs Office (913.573.6370) to report police officer misconduct. The Police Department is accredited through CALEA (The Commission on Accreditation for Law Enforcement Agencies), which includes the processes and procedures governing how Internal Affairs operates.”