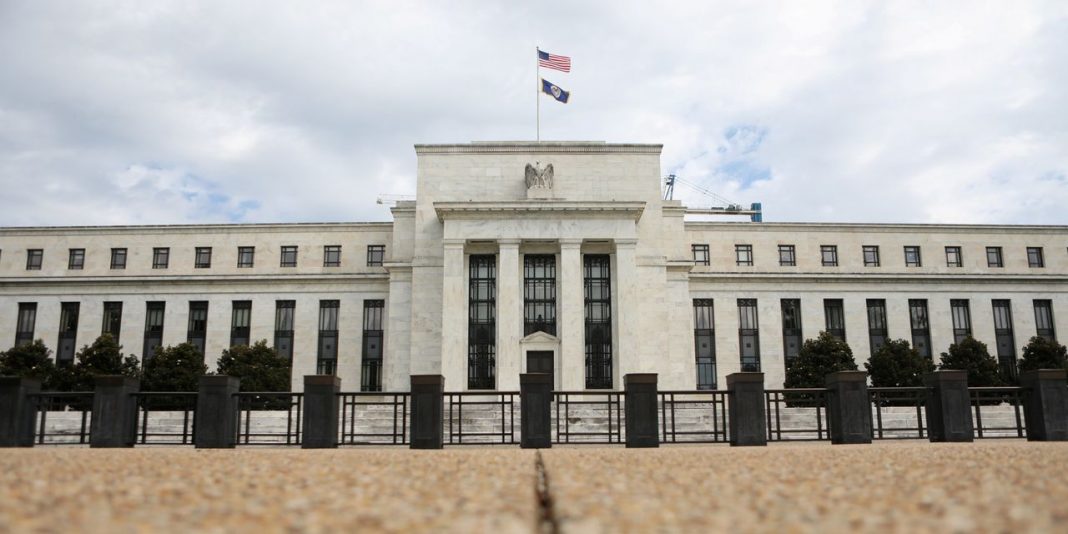 The Federal Reserve Bank of New York said it intervened twice via repurchase agreements, or repos. Eligible banks draw $47 billion in overnight liquidity from the central bank, less than the $120 billion the Fed was willing to provide. But the 14-day repo saw banks offer the Fed $43.2 billion in securities, against the Fed’s $35 billion cap. Collectively, the Fed added $82 billion in temporary liquidity to the financial system.

On Monday, the Fed had added $60.7 billion overnight liquidity.

Fed repo interventions take in U.S. Treasurys, agency and mortgage bonds from eligible banks in what is effectively a short-term loan of central-bank cash, collateralized by the securities. Banks eligible to access these operations—the firms are called primary dealers—are limited in the amount of liquidity they can tap from the Fed.

The banks pay interest to the central bank for accessing its money. The amount of money added by the Fed isn’t cumulative, as older operations may be maturing.

When the Fed last updated information on its holdings on Thursday, it said its balance sheet stood at $4.11 trillion as of Jan. 9, versus $3.8 trillion in September. About $210.6 billion in repo interventions were also outstanding then.

Fed repo interventions are aimed at keeping the federal-funds rate within the 1.50% and 1.75% range, and to limit the volatility of other money market rates.

The Fed restarted its repo operations last September after unexpected market volatility and steadily increased the sizes of its operations. Later Tuesday the Fed is slated to update its schedule for future repo operations.

Observers are unsure if the Fed will lower what it is willing to offer in temporary money or keep the sizes the same.

The Fed had initially planned to end its repo interventions at the end of the month but continuing issues in money markets have extended the horizon for the effort. Some on Wall Street think the repo operations could continue into the early summer. Meanwhile, the Fed is weighing other options, like the adoption of new tools or new paths to liquidity, as a longer-term solution.

Religious Freedom Must Be a Baseline Human Right

Religious Freedom Must Be a Baseline Human Right