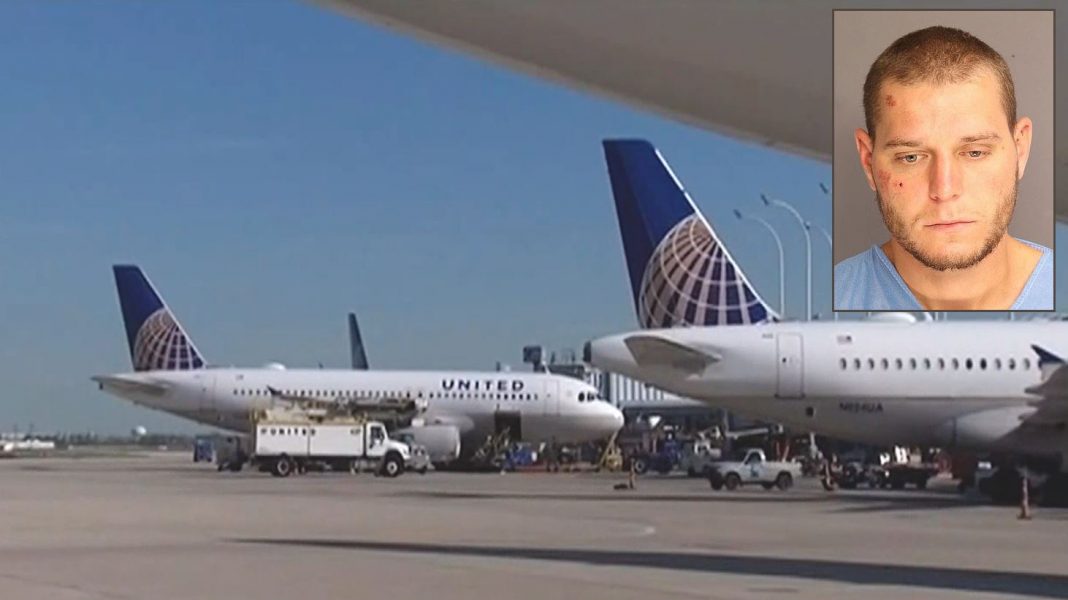 A man was arrested Thursday after ramming the cockpit door during a Washington D.C.-to-Newark flight, attacking a flight attendant who tried to stop him and fighting with police officers after the plane landed.

According to witnesses, Matthew Dingley, 28, jumped out of his seat on a United Express flight shortly before touch down and started banging on the cockpit door, NBC News reported.

He then started hitting a flight attendant who intervened. Several passengers stepped in and pulled the man off of the flight attendant but he continued acting strangely and charged at police officers when they boarded the plane after it landed.

One officer broke several ribs after falling down the plane’s stairs, according to the Port Authority Police. The flight attendant was taken to a nearby hospital but released, United Express said.