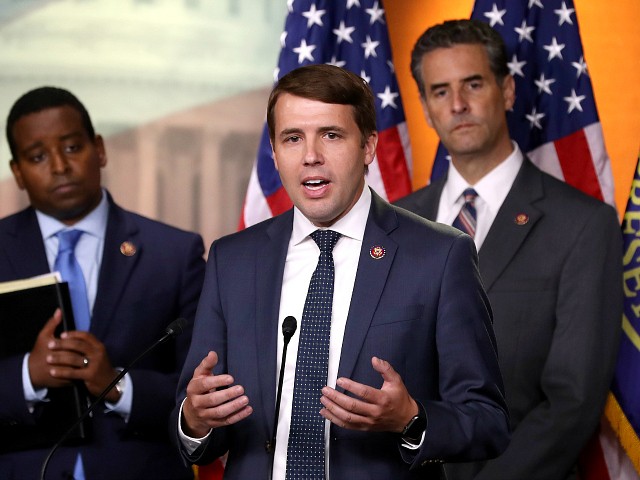 Freshman swing district Democrat Rep. Chris Pappas (D-NH) said Sunday that he will vote for both articles of impeachment against President Donald Trump.

Pappas revealed in a statement Tuesday:

I have reviewed the articles and the underlying evidence and testimony very closely. I have heard from constituents on all sides of this issue. Ultimately, this comes down to the facts, the Constitution, and my conscience. What the President has done is blatantly wrong, and I will not stand idly by when a President compromises the rule of law and our national security for his own personal political benefit.

I will support both articles when they come to the floor for a vote. The President abused the powers of his office and obstructed Congress as it sought to put facts on the table for the American people and hold him accountable. Our nation’s founders created a government with shared powers and co-equal branches of government. They gave us the presidency—not a monarchy. They created a system where no one is above the law, even the President of the United States. If Congress does not act in this case where bright Constitutional lines have been crossed, we dishonor the wisdom of our founders and undermine the institutions of our democracy.

“This is a solemn time for our country, and this decision is one I make with a heavy heart. But we must be clear: the President of the United States has brought this upon us,” Rep. Pappas said. “Members of Congress have no choice but to uphold our oath of office and pass these articles of impeachment.”

Phoenix mom confesses to killing her children, an infant and 2 toddlers: police

Phoenix mom confesses to killing her children, an infant and 2...