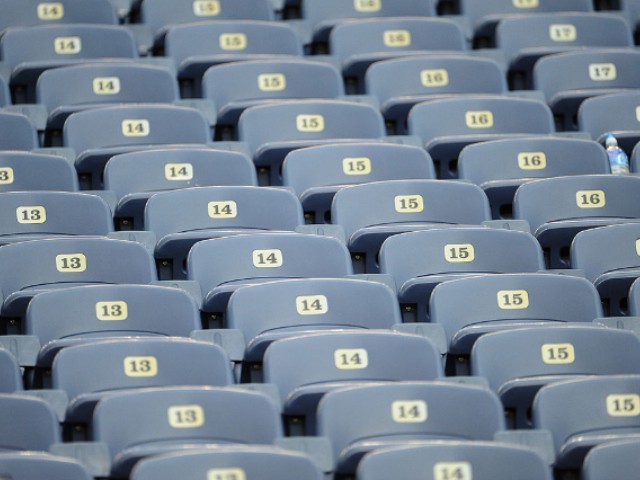 With only two more games left in the regular season, the NFL is still seeing thousands of empty seats all across the nation as Week 15 winds down.

At press time, the game was not quite over as the Minnesota Vikings visited Dignity Health Sports Park to play the Los Angeles Chargers, but some felt the fans were simply uninterested in turning out:

The thing that sticks out to me is the empty seats. It’s bad enough having the majority of the crowd be away fans.

But the home fans and away fans together can’t even fill up 30,000 seats? https://t.co/hgha0ZdVWI

Another fan wondered why no one came out to Arrowhead Stadium as the Kansas City Chiefs dominated the Denver Broncos 23-3:

With all the empty seats, I’d say that Arrowhead is SEVENTY-FIVE! percent full for #DENvsKC. pic.twitter.com/FAvg3bEdD1

The Washington Redskins lost by ten to the Philadelphia Eagles 37-27, but fans seemed very concerned about the empty seats at FedEx Field:

It’s crazy that people still think it’s crazy there are empty seats at the stadium of a bad team. https://t.co/RfJcvX7roz

MetLife Stadium gave the New York Giants the home field advantage for a 36-20 win over the Miami Dolphins, but many thought there were too many empty seats to watch over the game:

#MIAvsNYG RT @jpassalacqua17: Giants winning late not enough to keep them in their seats @[me] pic.twitter.com/U7Jdliwc7z

On the other hand, the home field advantage sure didn’t help the Cincinnati Bengals who lost 34 to 13 to the visiting New England Patriots. Fans, though, maybe had some Christmas shopping to do:

The Carolina Panthers welcomed the Seattle Seahawks to Bank of America Stadium, and lost 30-24, but there were many who commented on the lack of support for the home team:

At #SEAvsCAR, and compared to CenturyLink, Bank of America Stadium is dead quiet. Lots of empty seats. We’ve got it *so* good as #Seahawks fans 🙏 pic.twitter.com/0PBjUNClvN

Finally, the Detroit Lions also found no luck at home when the Tampa Bat Buccaneers came to Ford Field to beat the Lions 38-17. But a lot of fans wondered if more empty seats were invited than fans:

Lots of empty seats 10 mins to kick off. pic.twitter.com/BFHGx2wGgK

If silence speaks volumes, what does the fans absence say? pic.twitter.com/SgUAGABh6i

#Lions (1/2) RT @bloomster23: Play like dung for Young alive and well in Detroit @[me] pic.twitter.com/YjHtZiLpus

@realDonaldTrump
One person, Kapernick cost the NFL billions. Look at all the empty seats!!! They are in the 2nd Q, so these seats will not be filled. pic.twitter.com/UMqc5qdie0

Hillary Clinton Claims She Had No Idea Harvey Weinstein was Alleged...