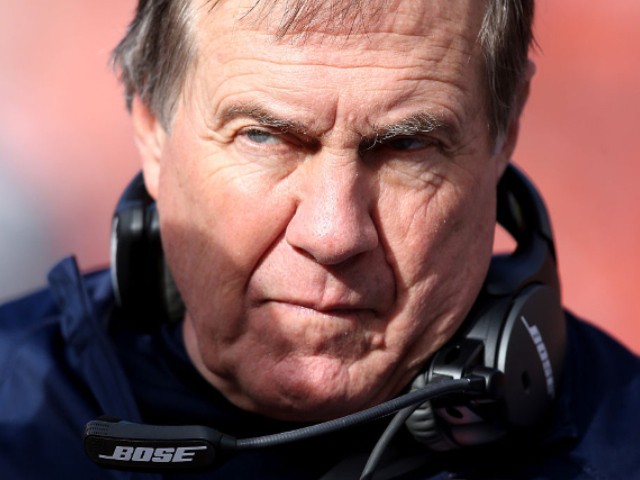 In the video, a member of the Bengals security staff can be heard questioning the freelance photographer hired by the Patriots. At the moment the questioning begins, the camera is showing the Bengals sideline.

The Patriots claim their videographer was shooting footage for a special called, Do Your Job. A piece that was supposed to focus on an advance scout for the team. However, as the Bengals security member points out, the advance scout is not in the footage shot by the crew.

As can be heard in the video, the videographer repeatedly offers to delete the video as the Bengals employee continues to question them. However, Bengals security filmed what the Patriots videographer was filming and alerted NFL security, who then confiscated the tape.

The Patriots have suspended the on-site producer for the video shoot.

“The Patriots acknowledged their production crew inappropriately filmed the field and sideline during the Bengals’ Dec. 8 game against the Cleveland Browns and accepted full responsibility,” ESPN reports. “The crew was credentialed by the Browns to shoot video for a Patriots web series called ‘Do Your Job’ on an advance scout for the team, but the Patriots did not inform the Bengals nor the NFL, which they called ‘an unintended oversight.’”

David Mondillo, a supervising producer with Kraft Sports and Entertainment, gave his side of the story in a statement released on Sunday.

On December 8th I was doing what I have done for more than 18 years — working to produce high quality content that tells the unique, behind-the-scenes stories of people, players and the organization. It never occurred to me that my actions and the actions of my crew would be misconstrued.

We went directly to the press box and set up our camera to get the footage we needed. We interviewed and shot the Patriots scout sitting in a chair watching the action and panned back and forth from him to what he was seeing on the sidelines,” the statement said. “We also took footage of the field as the intent was to show what he was looking at when he looked through his binoculars watching the game.

At that point, I went to the restroom and when I came back, my cameraman was told to stop shooting by someone from the NFL and he was joined by two others from the Bengals organization and an additional NFL security person. We stopped shooting immediately when asked to do so and cooperated fully. We had a detailed exchange about who we were and why we were there and what they wanted us to do. I gave the Sony SXS card to NFL security and we complied with their request, packed up and went home. I had no intention to provide footage to football operations, I did not provide any footage, and I was never asked to do so.

Patriots quarterback Tom Brady spoke about the incident on Monday, during an interview with Boston’s WEEI.

“I don’t think any player gave it one second of thought,” Brady said. “That’s something that never registered. You just move on, man. There’s a lot of distractions out there. If you can lose focus on your job, then that’s really a waste of your time. There’s a lot of people out there, they can create distractions for us. But we just want to go out there, focus on what we can do, what our job is, and try to go out there and play as best as we possibly can.”

The Patriots were fined $250,000 and lost a 1st round draft pick in 2007 for using video to steal signs from the Jets coaching staff, an incident which became known as “Spygate.” In addition, head coach Bill Belichick was fined $500,000.

NFL Commissioner Roger Goodell says the investigation into the Bengals incident, which some (not Goodell) are referring to as “Spygate 2,” is still ongoing.