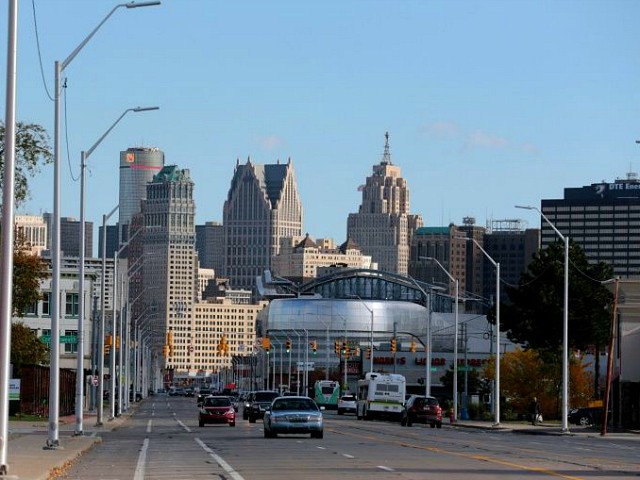 Michigan’s Democrat Party chairwoman says to claim that the city of Detroit registers dead people to vote is a “direct attack on people of color.”

The Public Interest Legal Foundation (PILF) filed a lawsuit in federal court this week against the city of Detroit for allegedly failing to maintain their voter rolls, including keeping more than 2,500 dead Americans aged 85 and older on the rolls, as Breitbart News reported.

In response, Michigan Democrat Party Executive Director Christy Jenson said the lawsuit’s allegations that dead people are registered to vote in Detroit are racist and that there is no evidence of voter fraud:

“This lawsuit is about making a clickbait headline,” said Christy Jenson. “To make voters have less confidence in what is happening in their communities, their clerk’s office. And it is really a direct attack on people of color.” [Emphasis added]

“They try to purge the [voter] rolls where there are many people of color that vote,” she said. [Emphasis added]

PILF researchers discovered that a number of registered voters in Detroit had either “impossibly old” or “disqualifying young” date of births after analyzing voter data from the state of Michigan.

One case, for example, revealed that a registered Detroit voter listed their birth date as “1823,” which would make them 196 years old.

In addition to dead voters remaining on the voter rolls, PILF researchers allege that Detroit’s voter registration rate as of 2016 for the citizen voting-age population stands at 106 percent — indicating there more voters on the rolls than those who even live in the city.

The lawsuit was filed in the U.S. District Court for the Eastern District of Michigan. The case number is 2:19-cv-13638.