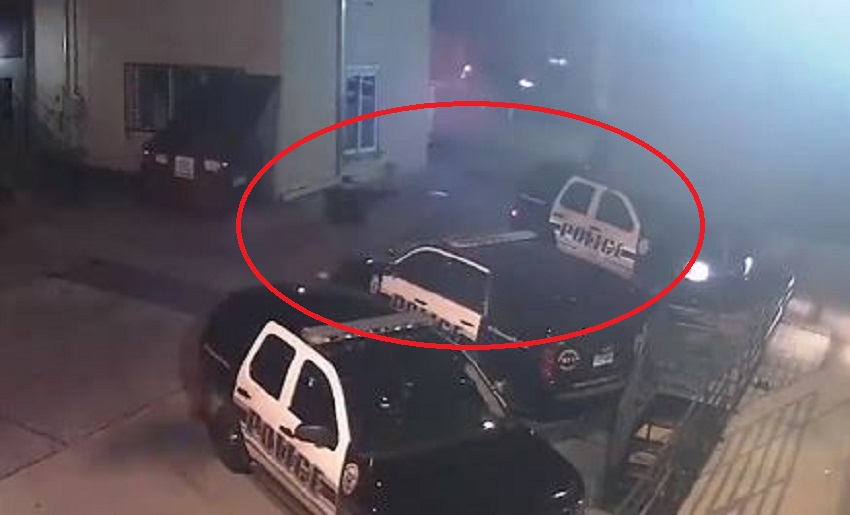 An Arkansas police officer was “ambushed and executed” while sitting in his patrol vehicle outside the Fayetteville Police Department headquarters on Saturday night.

Gunman London Phillips, who was shot dead by cops, was “looking for an officer to kill” when he gunned down 27-year-old Officer Stephen Carr, according to Police Chief Mike Reynolds.

Officer Carr was shot point-blank in the head.

“All I know is that this was a cowardly act,” Reynolds told reporters on Sunday. “I have no information that leads me to believe that he targeted this officer specifically.”

Reynolds said during the press conference that the 35-year-old Phillips used a 9-mm Taurus pistol and had two boxes of ammunition with him. Fayetteville police had a “brief history” with the gunman, according to Reynolds.

A shaken Reynolds called Officer Carr a hero. He said the fallen officer was from Texas and had joined the force more than two years ago.

“He was an all-American boy,” he said. “He came from a law enforcement family. He knew what the job was about and he just wanted to serve his community.”

The department has asked the Washington County Sheriff’s Office and the FBI to conduct a probe of the shooting.