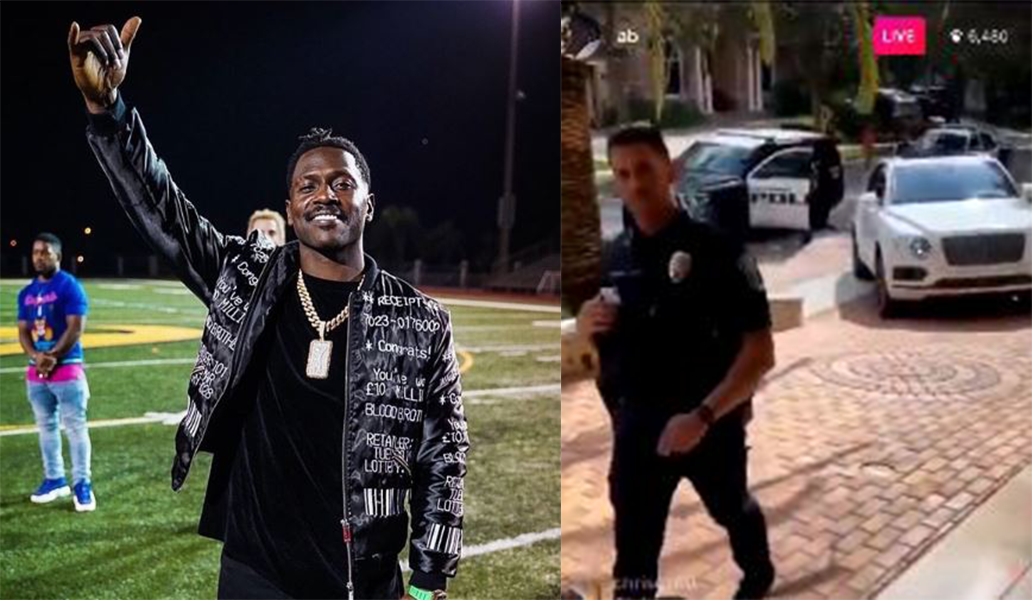 Time away from the football field has not been kind to former all-pro wide receiver Antonio Brown.

Brown took to Instagram live on Saturday to document what appears to be a domestic incident at his South Florida home.

Brown is heard yelling at the officers about a woman continually coming to his house and taking one of his cars, among other things.

He eventually tells one of the two officers to, “get the kids clothes, get them the f*** out of here.”

According to Yahoo, the mother of three of Brown’s five children requested police to be there during the exchange as a “civil standby.”

As police were leaving Brown went inside his home to complain about the police, and then stepped outside to yell, “f*** the police.”

Brown did not commit a crime and was not arrested for the tirade and incident.

He then attacked his former partner, Chelsie Kyriss, in a Twitter rant saying Kyriss had been to his house three days in a row with police.

Brown was released by the Patriots after he was sued in court by a former girlfriend. She’s accusing the football player of multiple sexual assault incidents. Other stories about Brown’s erratic behavior have also surfaced since his September release.